Photo Of The Day! The legendary phantom ghost ship "The Flying Dutchman" snapped in the port of Alkmaar Saturday 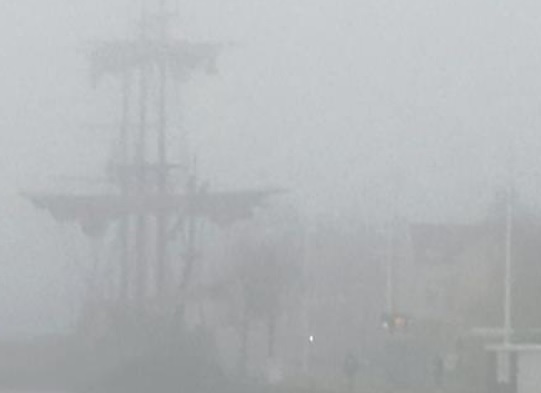 Ghost ship...A tall ship moored in Alkmaar port on a foggy January morning last weekend, the eerie photo was taken with my cell phone.
The ship resembled The Flying Dutchman (Dutch: De Vliegende Hollander), which is a legendary ghost ship that can never make port and is doomed to sail the oceans forever.
The myth is likely to have originated from the 17th-century golden age of the Dutch East India Company (VOC).
The oldest extant version has been dated to the late 18th century.
Sightings in the 19th and 20th centuries reported the ship to be glowing with ghostly light.
If hailed by another ship, the crew of the Flying Dutchman will try to send messages to land, or to people long dead.
In ocean lore, the sight of this phantom ship is a portent of doom.

It was a typical cold and wet January morning, later in the day the fog cleared leaving a dank grey Saturday, see below 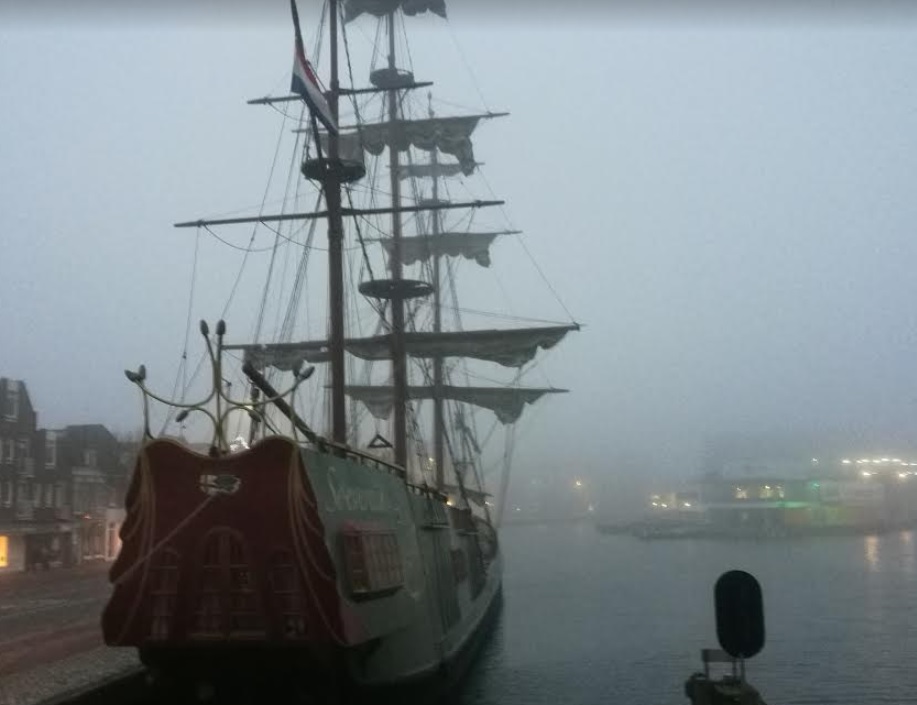