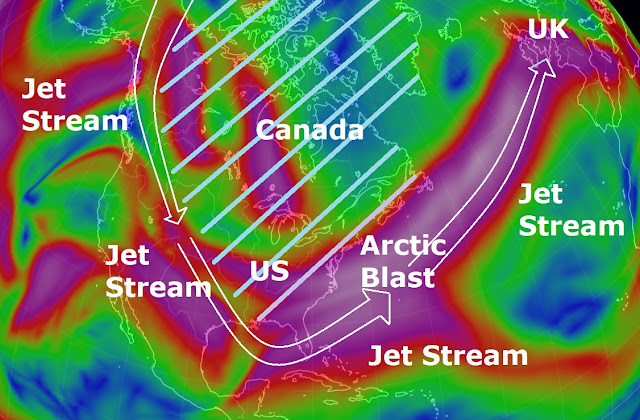 Earthwindmap
The record-shattering Arctic cold which has hampered the new year celebrations in parts of the US has reached the deep south as freeze warnings were in place for in Florida and Texas on Monday.
The Northeastern United States is facing another cold wave at the end of the week according to Reuters.
Temperatures ranged from 20 to 30 degrees Fahrenheit (11 to 17 degrees Celsius) below normal across the United States east of the Rocky Mountains, with only southern Florida untouched by the arctic blast.
The Gulf Coast will not escape the Arctic blast, Alabama coastal region could reach an incredible low of 16 F (minus 9 C) overnight with cruel winds creating dangerous conditions across Georgia and most of northeastern Florida, the weather service said.
According to AccuWeather, throughout the week, the cold will dip farther and farther south.
The Florida Panhandle will see the drastic temperature change first, with central and southern parts of the state waiting until Wednesday for the temperature change. 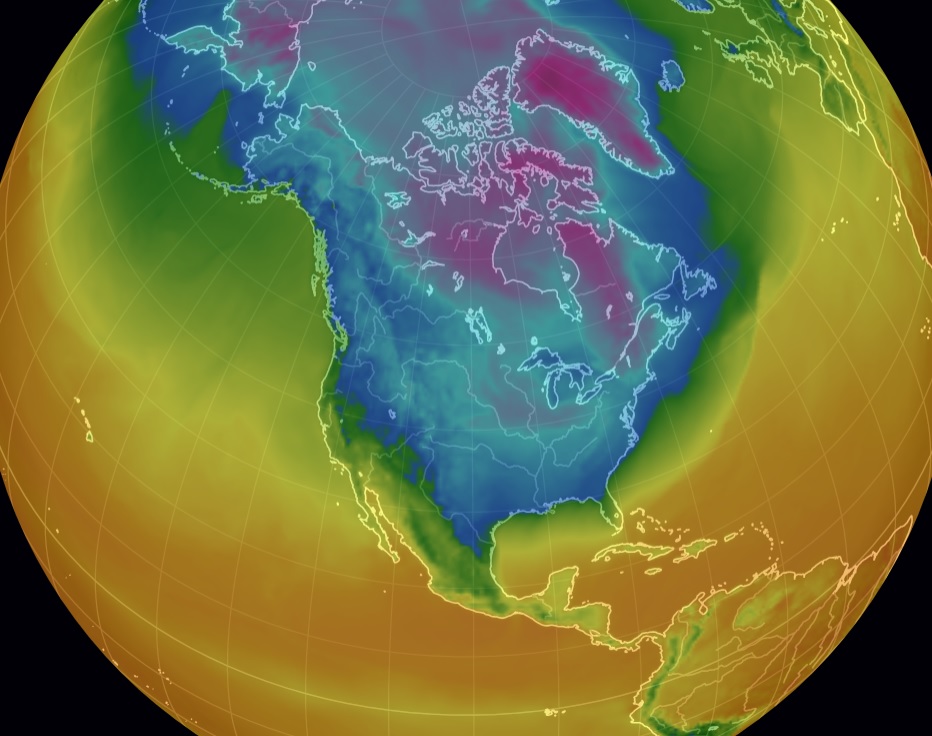 Earthwindmap
Jacksonville and Pensacola, Florida, are likely to experience the coldest air, as is typical most months of the year; however, temperatures will be as much as 15 to 20 degrees F below normal for the first week of January.
The mass of frigid air pumped south by a dip in the jet stream sent temperatures plunging across the U.S. heartland.
Omaha, Nebraska, posted a low of minus 20 F (minus 29 C), breaking a 130-year-old record, and Aberdeen, South Dakota, shattered a record set in 1919 with a temperature of minus 32 F (minus 36 C).