It promised to be big and it didn't disappoint: 2017 Atlantic hurricane season was a hyperactive deadly destructive record-breaking year. 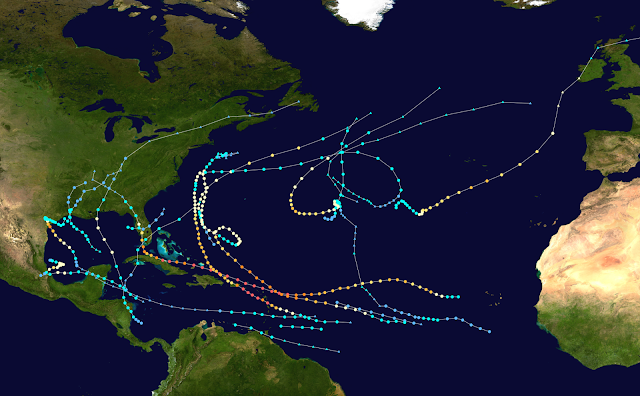 This map shows the tracks of all tropical cyclones in the 2017 Atlantic hurricane season. Credit NASA 2017 Atlantic hurricane season
It promised to be a big season and it didn't disappoint, the 2017 Atlantic hurricane was a hyperactive deadly and destructive season.
2017 produced 17 named storms equaling 1936 as the 5th most active season ever.
According to Wikipedia, 2017 produced the highest number of major hurricanes since the crazy year of 2005.
Incredibly, all ten of all ten of the season's hurricanes occurred in a row, the greatest number of consecutive hurricanes in the satellite era.
This season is also one of only six years on record to feature multiple Category 5 hurricanes, and only the second after 2007 to feature two hurricanes making landfall at that intensity.
This season is the only season on record in which three hurricanes each had an ACE of over 40: Irma, Jose, and Maria. 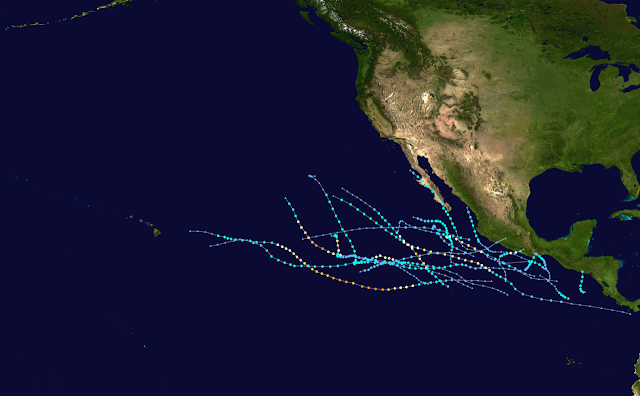 NASA
The 2017 Pacific hurricane season was a somewhat active Pacific hurricane season, featuring eighteen named storms, nine hurricanes, and four major hurricanes, although, the season was significantly less active than the previous three seasons.
Despite the considerable amount of activity, most of these storms were weak and short-lived.
Tropical Storm Adrian, was named on May 10 and became the earliest-known tropical storm in the East Pacific since the advent of satellite imagery. 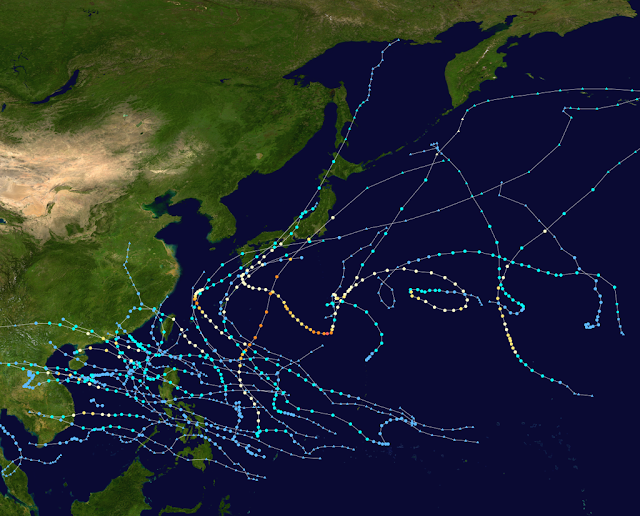 NASA
The 2017 Pacific typhoon season was a below-average season in terms of Accumulated Cyclone Energy and the number of typhoons and super typhoons.
The season produced a total of 27 named storms, 11 typhoons, and only two super typhoons, making it an average season in terms of storm numbers.
It was an event in the annual cycle of tropical cyclone formation, in which tropical cyclones form in the western Pacific Ocean.
The season runs throughout 2017, though most tropical cyclones typically develop between May and October.
The season's first named storm, Muifa, developed on April 25.
This season also featured the latest occurrence of the first typhoon of the year since 1998, with Noru reaching this intensity on July 23. 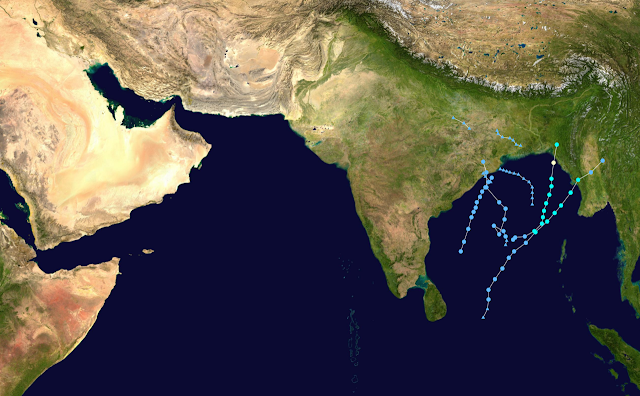 NASA
The 2017 North Indian Ocean cyclone season was an event in the annual cycle of tropical cyclone formation.
This season produced only three named storms, where one only intensified into a very severe cyclonic storm.
The North Indian Ocean cyclone season has no official bounds, but cyclones tend to form between April and December, with the two peaks in May and November.