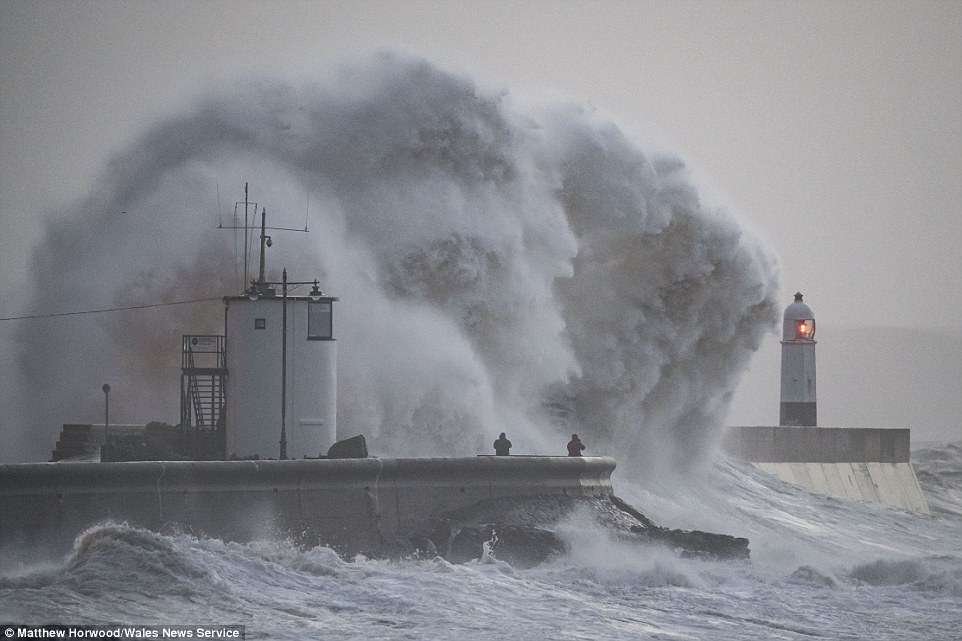 Tens of thousands of homes and businesses have been hit with a blackout as Storm Eleanor swept across the country.
ESB Networks said at least 55,000 households and other properties had been affected by the widespread outages in the west and north-west.
The areas worst hit are understood to be across Galway, Mayo, Sligo and Leitrim as the Atlantic storm moved in with gales gusting to 100mph in parts of Ireland and the UK.
The Met Office has confirmed wind gusts of more than 100mph have been recorded, which is category 2 hurricane strength,
(Saffir-Simpson Hurricane Wind Scale) after Storm Eleanor battered Ireland and the UK overnight.
Thousands of homes are without power and travel has been disrupted.
Wind and flood warnings are still in place for the UK and Ireland
Storm Eleanor - the fifth-named storm of the season has brought torrential rains with flooding with damage to buildings and trees from the hurricane strength winds.
Commuters face chaos on the roads on Wednesday after the storm battered the country overnight carrying heavy rain, hail and dramatic thunder and lightning.
Several major bridges were closed due to gusts of high winds and there were numerous reports of fallen trees blocking roads including the M25 as Storm Eleanor took hold.
The eye of the storm is now over the North Sea as the storm heads towards Denmark.