The Russian colossus Shiveluch Volcano spews ash 10 kilometres (6 miles) into the sky! A "giant eruption" with powerful lightning in the ash column 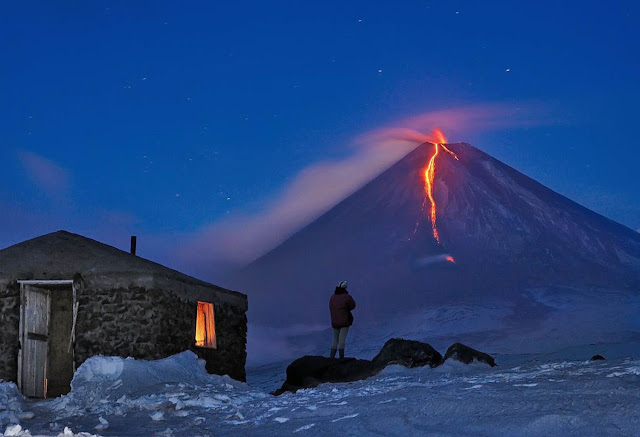 Photo/file/wallpapermade.com
Scientists working at the geophysical department of the Russian Academy of Science in north-eastern Russia's Kamchatka Krai region have confirmed the giant eruption took place at the site of the Shiveluch Volcano yesterday over a 20 minute period and saw the volcano spew ash 10 kilometres (6 miles) into the sky.
Experts have raised the alert after the volcano flung hot ash into the air for the first time since February 2016.
It is not believed any locals or villages surrounding the eruption were affected.
The head of the volcano station, Yuri Demyanchuk, said: "It was a powerful outburst, although it wasn't accompanied by pyroclastic flows.
There was much lightning in the ash column."
The volcano is one of the most active volcanoes in Russia and began forming about 60,000 to 70,000 years ago.
Before this, the most recent eruption was in February 2015 when ash was shot around 30,000 feet into the air crossing the Bering Sea and into Alaska.
The Russian eruption comes just days after Mount Agung, a giant volcano in Bali began erupting. Volcanologists have been monitoring the Bali volcano which last erupted in 1963 killing thousands living in nearby communities.