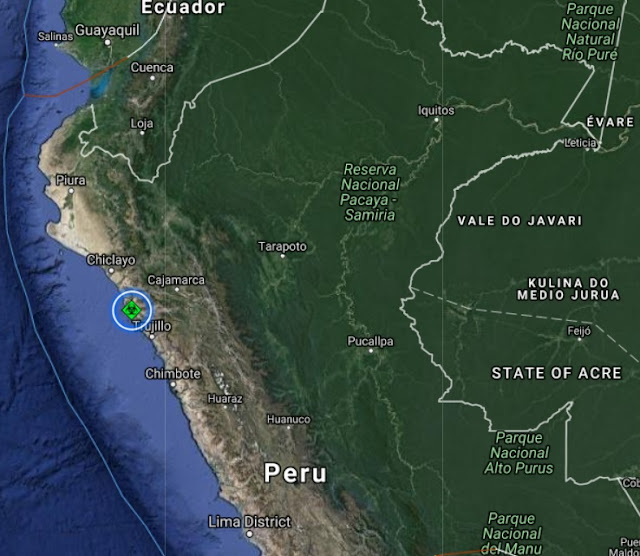 RSOE Alertmap
Officials in La Libertad, Peru are carrying out a fumigation campaign in the District Municipality of Chocope, Ascope province, after the presence of the of plague, Yersinia pestis, was confirmed in fleas found on sewer rodents, according to a El Comercio report (computer translated).
In addition, the National Institute of Health (INS) issued a report stating that in a sample extracted in the sector known as Panamericana Norte, in Chocope, "18 percent of fleas in sewer rodents are infected with the bacterium."
Given this situation, the district mayor, Rolando Lujan, met with the head of the local health centre and other competent authorities to take measures to prevent the epidemic outbreak of bubonic plague in Chocope, a district considered endemic area for plague.
The authorities decided to develop a fumigation campaign in 160 homes located in the Panamericana Norte sector.
The fumigation will be in charge of qualified personnel of the Ministry of Health (Minsa).
"We ask for the cooperation of the families and owners so that they allow the fumigators to enter their buildings and we can avoid the resurgence of the disease, whose last case was presented some 2 years ago, "said the mayor.
Lujan also explained why killing the rats was not the answer
"What is infected is the flea, not the rodent.
If we kill the rodent the flea will jump and possibly infect other animals."
Plague is an infectious disease caused by the bacterium, Yersinia pestis.
It is found in animals throughout the world, most commonly rats, but also in other rodents like ground squirrels, prairie dogs, chipmunks, rabbits, and voles.
Fleas typically serve as the vector of plague.
Human cases have been linked to domestic cats and dogs that brought infected fleas into the house. People can also get infected through direct contact with an infected animal, [or person to person through inhalation, as in the case of pneumonic plague].