The remote volcano, Tinakula in the Solomon Islands roared to life Saturday! Villages on nearby islands have reported heavy ashfall 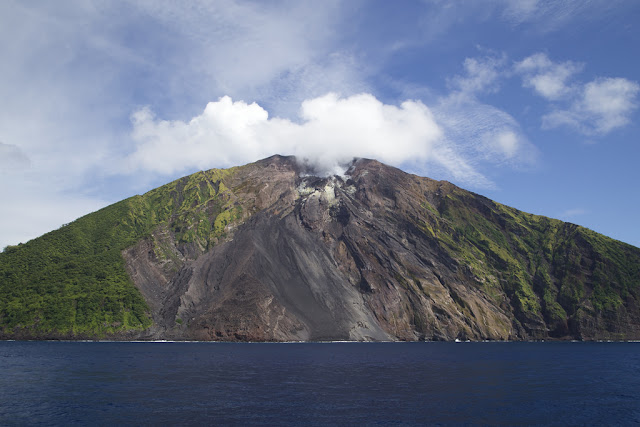 Photo flickr.com
Authorities in the Solomon Islands are trying to work out if there's been any damage after a remote volcano erupted early yesterday morning.
The volcano, Tinakula, which forms an uninhabited island in the northern Temotu province, roared to life at about 2 am yesterday. Villages on nearby islands have reported heavy ashfall.
The director of the National Disaster Management Office in Honiara, Loti Yates, said a police patrol had been deployed from the provincial capital, Lata.
He said information had been slow to trickle out of the remote area, and it could be sometime before the full situation was known.
An aviation warning has been issued for the Santa Cruz area.

After September's month of unprecedented volcanic activity and other extreme geological and extreme weather events, you may have wondered if the volcanoes had all gone back to sleep!
Well actually with the volcano Tinakula above is the 7th this month to erupt or to show activity, the others are...Fuego Volcano Guatemala, Mt. Shinmoe-dake Volcano, Japan, Lewotolo Volcano, Indonesia, Popocatepetl Volcano, Mexico, Mt. Shiveluch Volcano, Russia and finally Mount Sinabung volcano, Sumatra, Indonesia.