As a large hole opens up on our Sun's atmosphere two major quakes poles apart strike the ring of fire! 3rd major quake in 24 hours 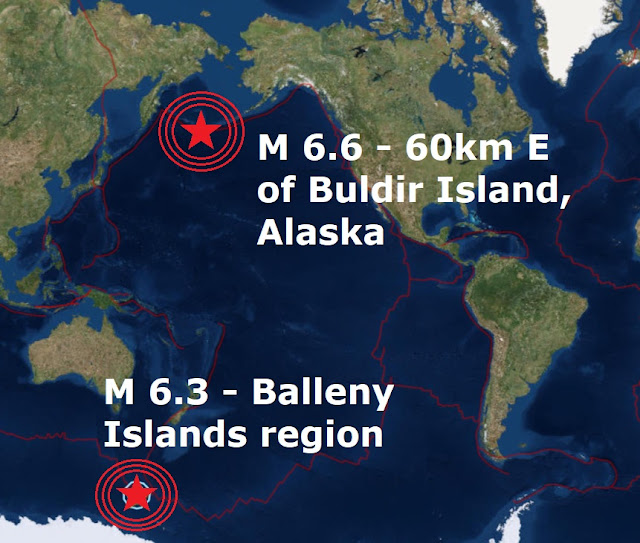 USGS
Two major quakes, poles apart, struck the ring of fire last night.
A mag 6.3 hit the Balleny Island region near the Antarctic and a mag 6.6 hit the Buldir Island Alaska, the Alaskan quake being very deep at 112 km deep and the Balleny Island quake just 10 km deep.
Last nights quake is the third major quake in 24 hours which comes as a major Coronal hole has opened up on our Sun, see picture below, it is well known now Coronal Holes and Solar activity do influence earthquake, volcano activity and hurricanes on our planet and with the ring of fire flexing it's muscles recently the next few days could be very interesting.
Last night quakes brought the months total to 4 and the 79th of 2017. 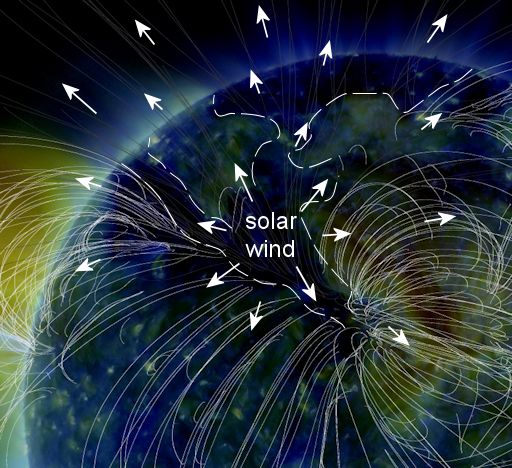 NASA space weather and quakes
The BBC pointed out in 2008: Nasa scientists have said they could be on the verge of a breakthrough in their efforts to forecast earthquakes.
Researchers say they have found a close link between electrical disturbances on the edge of our atmosphere and impending quakes on the ground below.
Just such a signal was spotted in the days leading up to the recent devastating event in China.
They have teamed up with experts in the UK to investigate a possible space-based early warning system.
Many in the scientific community remain deeply sceptical about whether such signals are indeed indicators of an approaching earthquake.
But Minoru Freund, a physicist and director for advanced aerospace materials and devices at Nasa's Ames Research Center in California, told BBC News: "I do believe that we will be able to establish a clear correlation between certain earthquakes and certain pre-earthquake signals, in an unbiased way."