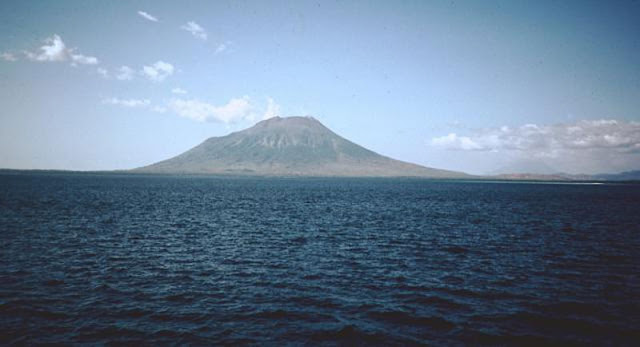 Photo indonesiatravelingguide.com/File picture
Lewotolo Volcano, Lesser Sunda Islands is the third Indonesian colossus to erupt in recent weeks after residents were evacuated from the island of Bali anxiously awaited the eruption of local volcano Mount Agung and the Mount Sinabung eruption last Wednesday
The alert level of the volcano was raised yesterday from Level I (Normal) to Level II (Alert), the Indonesian volcano monitoring agency PVMBG reported.
Over the past weeks, degassing and seismic activity has increased significantly, suggesting a greater likelihood of a new eruption, most likely in the form of sudden explosions from the summit crater. During the last week of September, a steam plume of varying intensity has been observed rising up to 500 m from the crater, and volcanic earthquakes detected under the volcano have increased from averages of a few per day to more than a hundred per day.
An exclusion zone of 2 km radius around the crater is recommended.