"You have to evacuate - otherwise, you are going to die," Puerto Rico Gov. Rossello claims Maria "promises to be much more devastating" than Hurricane Irma 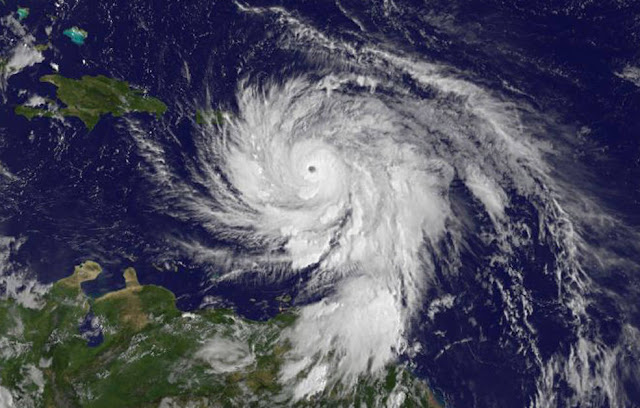 Credits: NASA/NOAA GOES
Project Authorities have warned Puerto Ricans to evacuate or die as Hurricane Maria, the most powerful storm to threaten the region in almost 90 years, barreled toward the U.S. territory.
Maria, a Category 5 storm - the strongest there is - killed one person and injured two other people as it roared through the island of Guadeloupe on Monday night.
At midnight ET Wednesday, its maximum sustained winds remained at 175 mph as it churned within 20 miles of St. Croix in the U.S. Virgin Islands and 105 miles of San Juan, Puerto Rico.
It was expected to pass very near the Virgin Islands on its way straight toward Puerto Rico at about 10 mph, on track for arrival by Wednesday morning or midday, before skirting just north of the Dominican Republic on Wednesday night and Thursday, the U.S. National Hurricane Center said. "Locations may be uninhabitable for weeks or months," the hurricane center warned.
Maria should weaken as it crosses Puerto Rico, but it's expected to remain a Category 4 storm as late as Friday night, forecasters said. 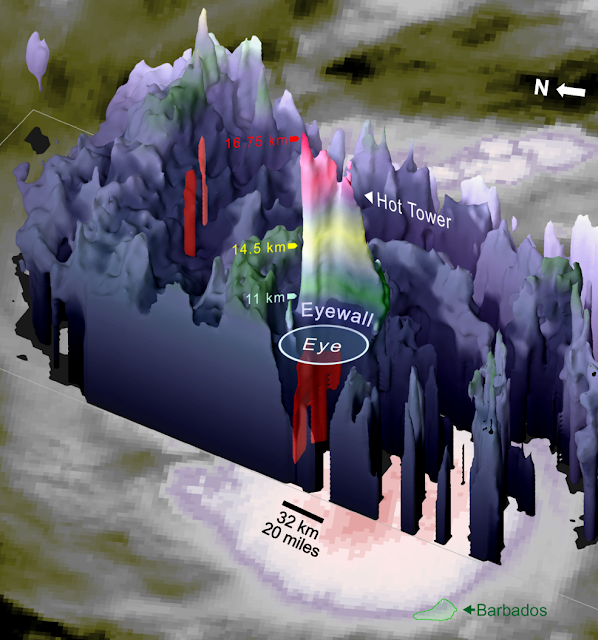 Photo Credits: NASA / JAXA, Owen Kelley
As far as destruction is concerned, the distinction is immaterial, said Orelon Sidney, a meteorologist for The Weather Channel, who said, "Whatever a 5 can do, a 4 can do."
Puerto Rico Gov. Ricardo Rossello told reporters Tuesday that Maria "promises to be much more devastating" than was Hurricane Irma, which killed at least 70 people as it ploughed through the Caribbean and the Southeastern United States earlier this month.
"If you are in a flood zone, your life is in danger," Rossello said.
"If you are in a wooden house, your life is in danger."
Hector Pesquera, Puerto Rico's commissioner of public safety, was even more blunt.
"You have to evacuate - otherwise, you are going to die," he said, according to Telemundo, NBC's Spanish-language network.
"I do not know how to make this any clearer."
President Donald Trump has declared states of emergency in both territories, and the Coast Guard has moved all its ships, aircraft and personnel out of harm's way so they can quickly launch rescue missions once the storm passes, officials said.