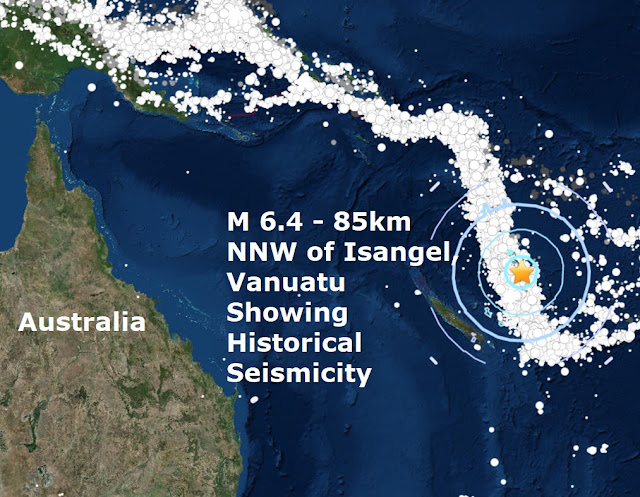 USGS
Based on the depth of the earthquake, a tsunami is not expected.
It's another major quake, the 4th in 36 hours in a period of great unrest around the world, as September is 2017 is proving to be the most devastating month in decades after a plethora of massive hurricanes, tropical cyclones and two enormous major quakes in Mexico.
Along with the floods in India and Bangladesh in which more than 1200 people died, more than 50 million people have been evacuated this month due to extreme weather.
This morning quake is the 8th major quake of September and only the 72nd of an unprecedented low total of major quakes in 2017 which is likely to be lowest in the 21st Century.
Let's hope it's not the calm before the storm.

It comes as a new southerly Caronal Hole on our Sun turns to face Earth, see below.