Another warning! A mag 6.1 - off the east coast of Honshu, Japan, the same area as the 2011 Fukushima disaster 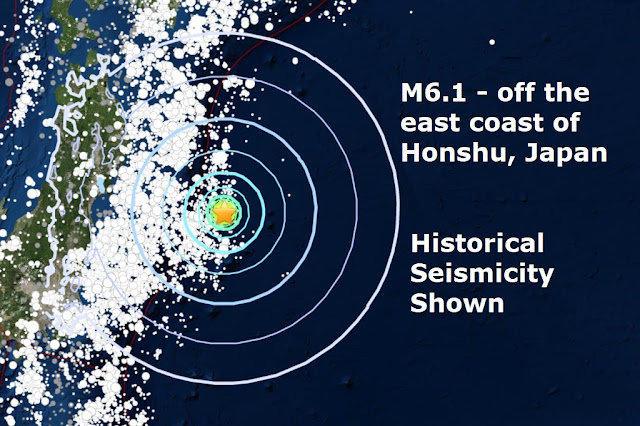 USGS
It's another major quake, the third in 24 hours and it's another warning, the quake comes off the east coast of Honshu, Japan, the same area as the 2011 Fukushima disaster, hopefully it's a one off but the 2011 disaster started with mag 6., fore shocks.
Yesterdays mag 7.1 in Mexico came  on the anniversary of a 1985 quake that did major damage to the capital and killed thousands of people.

Lets hope it's not the calm before the storm.
It comes as a new southerly Caronal Hole on our Sun turns to face Earth, see below.