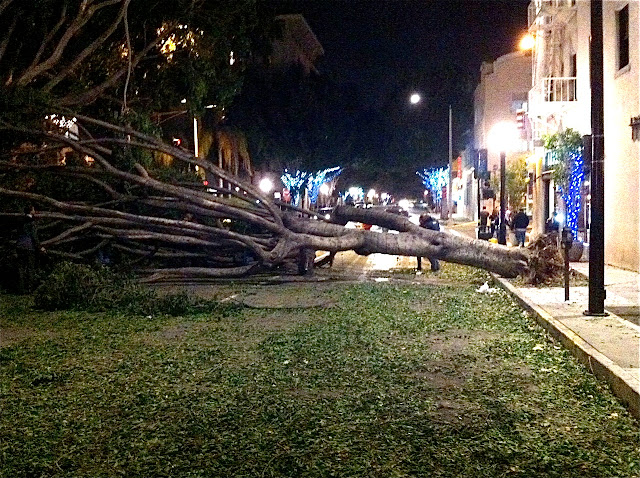 Photo cchays.deviantart.com
Five people, including two teenage girl scouts, died and more than 30 were injured as a result of falling trees in a series of severe storms that hit Poland overnight.
The girls, 13 and 14, were crushed by falling trees while sleeping in a tent when a storm hit their campground late on Friday in the Tuchola Forest in northern Poland, according to the Regional Crisis Management Team office in Gdansk.
Some 20 scouts were injured and taken to local hospitals.
Adam Kralisz, chairman of the Lodz Region of the Scouting Association of the Republic (Poland), where the scouts were from, told the private Polsat television that evacuation was ordered immediately, but conditions were horrendous.
"We had to force our way for kilometers through the forest, among falling trees," he said.
Three other victims also died as a result of falling trees and 10 people were injured in separate incidents in Poland's north.
More than 170,000 people were left without power and 800 buildings were damaged in storms that hit mostly Poland's north and west, according to the Regional Crisis Management Team in Gdansk. More storms were expected on Saturday and warnings of severe weather conditions were issued for a number of regions amid unusually high for Poland temperatures that on Friday reached 35 to 38 Celsius.
An emergency meeting of the government's Crisis Management Team was called on Saturday and Prime Minister Beata Szydlo promised to help all those in need.
Grzegorz Nowik, head of the Scouting Association of the Republic (Poland), ordered a month of mourning for the organization.