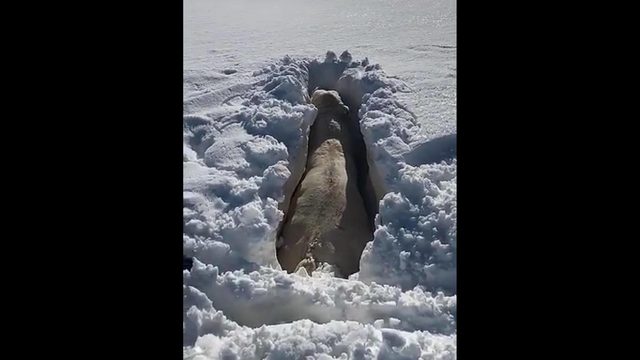 Photo ABC
A late springtime blizzard in southeastern Colorado has brought staggering losses to ranchers as thousands of cattle died in the snow storm.
It’s not the cold which killed the cattle, they appear to have drowned from snow which had entered their lungs, according to a rancher
Seven foot high snow drifts buried cows and toppled acres of wheat crops in Prowers County and Baca County near the Kansas and Oklahoma borders, costing farmers millions of dollars.
There are no confirmed numbers yet, but it’s estimated as many as 10,000 cattle were killed in the rare spring storm.
After the storm dumped 30 inches of snow in some areas, the damage is compared to the blizzard of 2007, which was one of the worst snowstorms in state history.


The Colorado Farm Bureau has activated its disaster relief fund and they are seeking donations on a special PayPal website.