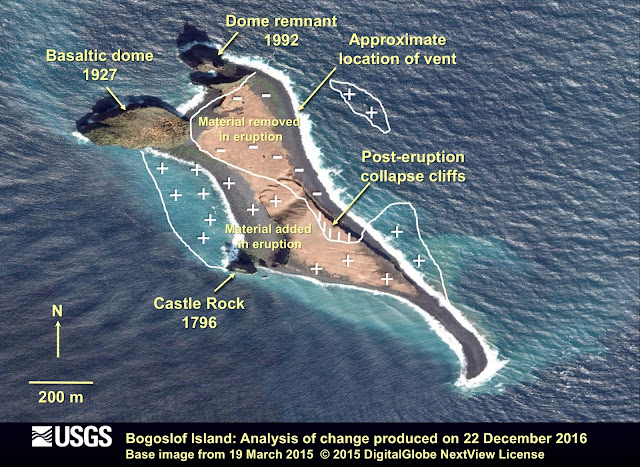 Photo earth-of-fire.com
An Alaska volcano erupted Tuesday night and spewed ash for more than an hour.
The Alaska Volcano Observatory says Bogoslof (BOH-gohs-lawf) Volcano erupted at 10:32 p.m. and continued for 73 minutes. A pilot reported the eruption produced an ash cloud that reached 34,000  feet and the observatory issued a warning to pilots.
Wind pushed the cloud southwest.
Ash from southwest Alaska volcanos is a threat to airliners operating between North America and Asia when a cloud rises above 20,000 feet.
Ash can harm and stop jet engines.
Bogoslof has been erupting periodically since mid-December.
The observatory says additional explosions producing high-altitude ash could occur at any time.
The volcano is 850 miles southwest of Anchorage in the Aleutian Islands.