Tropical Cyclone 1B Forms in Bay of Bengal 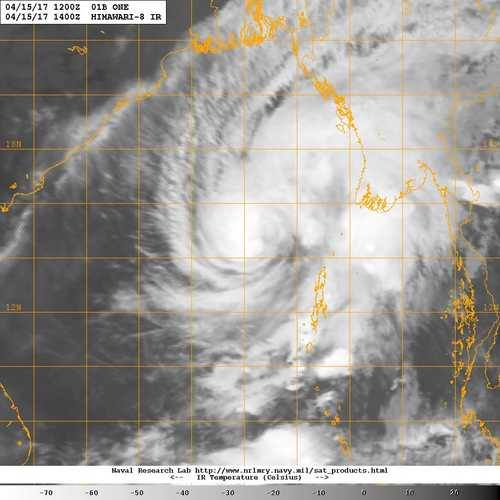 1B has formed in the Northern Indian Ocean today and forecasters at the Joint Typhoon Warning Center expect it to move northeast and make landfall in Burma (Myanmar) by April 17. At 1500 UTC On Saturday, April 15, 2017, 01B had maximum sustained winds near 46 mph (40 knots/74 kph).
It was located about 564 nautical miles south of Dhaka, Bangladesh, has tracked northeastward at 15 mph (13 knots/24.8 kph). 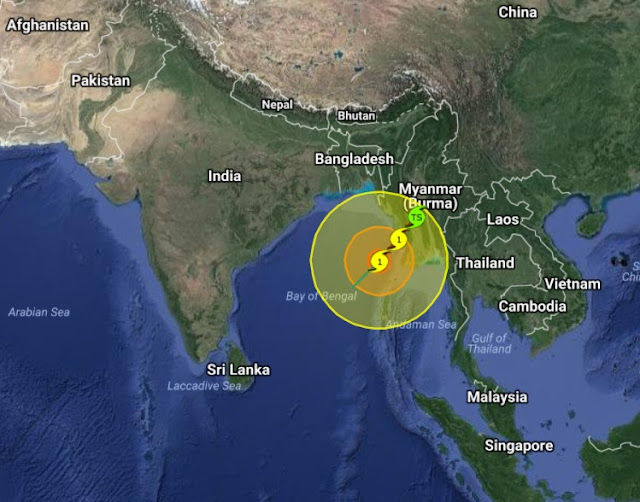