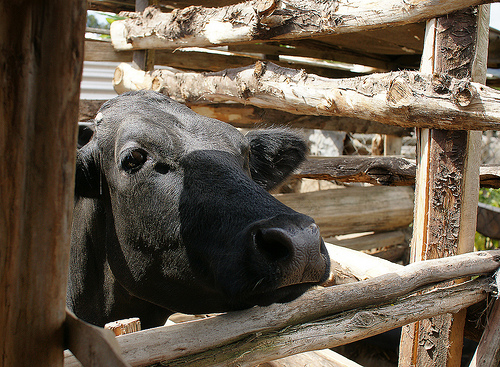 Photo clippings.ilri.org
Vets have ruled out an anthrax outbreak in Laikipia County, where a suspected zoonotic disease has killed wild animals.
Hundreds of wild animals, among them buffaloes, impalas and other herbivores, have died in conservancies and ranches in the last two weeks.
Conservancy owners believe the disease must have been brought in and circulated across the expansive ranches and conservancies by animals belonging to illegal herders who invaded their farms starting mid-2016.
"We have no reason not to believe that the disease was brought in by the herders," said Josh Perrett, a manager at the 50,000-acre Mugie Conservancy.
Last week, local and foreign veterinary officers carried out post-mortems on a number of animals to ascertain the real cause of the deaths.
Dr Mathew Mutinda, the regional Kenya Wildlife Service vet who worked with local livestock veterinary officers, said the results will be out early this week.
He said the team conducted post-mortems on 10 animals - five buffaloes, four impalas and one cow. The post-mortems were conducted on fresh carcasses in order to get accurate results on the causes of the deaths.
Carcasses examined had common heavy tick infestation, frothy lungs, constipated pellet-like faeces and petechial haemorrhages in the spleen.
A preliminary report by the Mountain Region Mobile Veterinary Unit seen by the Nation shows that the animals were dying of a disease of a tick-transmitted blood-borne pathogen.
"The veracity of the infection and deaths suggest either wildlife is naive to the pathogen or a very high dose of infection," the report reads.
The last anthrax outbreak in the country was in early 2016 at the Lake Nakuru National Park that killed a large number of buffaloes, rhinos and antelopes.
Clinical symptoms of anthrax include bloody diarrhoea, mouth sores, bright staring eyes, dejection and loss of appetite.
None of the animals at the Mugie Conservancy exhibited the signs.
The report was compiled by Stephanie Hauver of Cornell University, Dr Steve Ngulu of Ol Pejeta, Dr Mwai, the Laikipia East veterinary officer, and Dr Mathew Mutinda of KWS.
The report notes that competition for water and pasture between domestic and wild animals has worsened the situation.
Dams in the region have dried up and animals are forced to drink from a central point.
"The low plane of nutrition and the consequent poor health may have exacerbated the situation," adds the report dated April 13.
In a phone interview, Dr Mutinda expressed fears that the disease could spread further and kill more animals outside the conservancies as illegal herders are flushed out.
Since July 2016, herders have invaded Mugie Conservancy, Laikipia Nature Conservancy, ADC Mutara, Lambara, Ol Maisor, Suyian and Sosian.
The herders brought in over 500,000 cattle after they migrated to Laikipia North and Laikipia West from as far away as Pokot, Samburu, Baringo, Isiolo and Elgeyo-Marakwet counties.
The conservancies and ranches are home to various endangered species, including almost half of Kenya's black rhino population.
"In Laikipia, we have the Grevy's zebra, rhinos, Jackson's hartebeest, the reticulated giraffe and wild dogs," said Mr Perrett, the Mugie Conservancy manager.
Mohamed Abkul, the security manager at 30,000-acre Ol Maisor Ranch, said no deaths had been reported on the ranch.
"We have restricted movement across the ranch, as heavily armed Pokot herders are still on the farm. We have been forced to transfer our beef cattle to safer places such as Nakuru," Mr Abkul said.


He said the transfer was a precautionary measure against raids by bandits and disease infestation. Maria Dodds, the manager of Kifuku Borans Cattle Ranch, said she had scaled up disease surveillance on her ranch with routine check-ups by veterinary officers from Rumuruti.