Diplomatic incident in the Black Sea: Turkish freighter sinks Russian warship with 15 Russians missing: Event was "out of the ordinary"Russian commander! 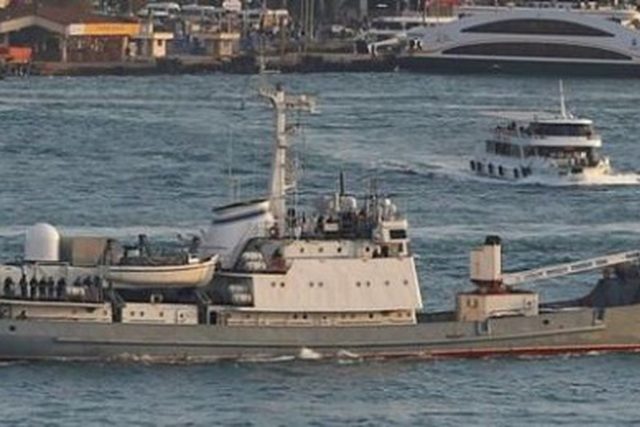 A Russian warship has sunk after colliding with a freighter off the coast of Istanbul in the Black Sea, Turkey's coastal safety authority said.
Turkish media reports say 15 Russian soldiers are missing after their warship collided with a freighter off Istanbul, in the Black Sea.
Private television station NTV says 45 other soldiers were rescued after the accident Thursday but 15 are missing.
NTV says rescue boats and helicopters have been dispatched to the area.
The Turkish coast guard originally said that all 78 personnel in the Russian intelligence vessel named Liman have been rescued.
Liman "sustained a hull breach due to a collision" with the ship Ashot-7, 40 kilometres northwest of the Bosphorus Strait, Russia's defence ministry said in a statement carried by Russian agencies.
The Russian military said it is trying to identify the owner of the Ashot-7 ship.
Turkey's coastal safety authority said the ship sank after colliding with a Togo-flagged vessel.
Turkish officials did not give any details on the ship, or the condition of its crew.
The Liman is a former research vessel that the Russian navy has retro-fitted into a reconnaissance ship.
Military sources told Russian media in February that it would be observing NATO's Sea Shield exercise in the Black Sea.

A BBC report claims; The BSF said the Russian crew had followed all the rules of sailing and manoeuvring and it suggested the incident had been caused by the other ship, Russia's Interfax news agency reports.
A former commander of the fleet, Adm Viktor Kravchenko, told Interfax the event was "out of the ordinary".
"There have been collisions but I do not remember a case like this, of a vessel, a warship sinking after it," he said.