BP involved in new environment disaster! Out of control oil well on Alaska's North Slope continues to spray crude and natural gas into the area 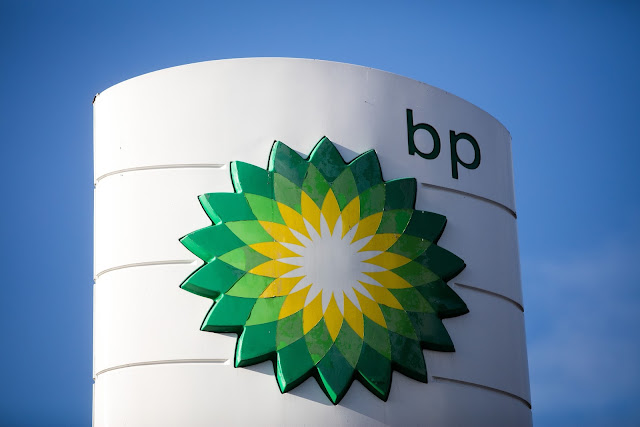 Photo chicagobusiness.com
An out of control oil well on Alaska's North Slope near Prudhoe Bay continues to spray crude and natural gas into the area for a third day, according to BP PLC, which operates the well.
The London-based energy company said it couldn't quantify how much oil has spilled in the area, because it was still too dangerous for workers to approach the well.
Attempts to stop the leak have failed so far.
BP and state and federal authorities continued work on Sunday to try to get a handle on the situation. The amount of oil released from the well is "minor" compared with the volume of natural gas leaking from the well, according to a joint statement by the Unified Command Task Force, which includes BP, the Alaska Department of Environmental Protection, the local government of the North Slope and the U.S. Environmental Protection Agency.
"The well structure is housed in a metal 'well house' which is helping to contain any oil spray," said the joint statement released Saturday.
So far there have been no injuries or reports of harm to wildlife in the area, according to BP.
The leak from the well, located on the frozen tundra of the North Slope, was discovered Friday morning when employees saw crude oil spraying out of the top of it.
Natural gas was also being released uncontrollably.
Authorities said they don't yet know what caused the well to discharge oil and gas.
As of midday Sunday, BP's well was still leaking and authorities hoped to provide an update later in the day on their efforts to contain it, said Candice Bressler, a spokeswoman with the Alaska Department of Environmental Conservation, or ADEC. Responders attempted to bring the well under control at the start of the weekend, but the operation failed because of damage to a well pressure gauge, the Alaska Department of Conservation said.
Responders determined that the well "jacked up," rising between three to four feet vertically.
That movement caused the pressure gauge to break off and prevented operators from pumping anything down into the well in an attempt to seal it off.
BP's operations in and around Prudhoe Bay account for about 55% of Alaska's oil and gas production, according to the company.
The oil giant has had several spills and leaks in Alaska over the years.
A 2006 spill due to a corroded pipeline released almost 4,800 barrels of crude, making it the worst oil spill on the North Slope up to that point in time.
A 2009 pipeline problem at a BP oil field in the state released almost 1,100 barrels of oil; that rupture and spill was a violation of the Clean Water Act, which meant BP had breached the terms of its plea agreement for the 2006 accident.
In more recent years, BP has faced intense scrutiny over its role in the 2010 Deepwater Horizon disaster in the Gulf of Mexico that killed 11 workers and created the largest offshore oil spill in U.S. federal waters.