Another heatwave approaches parts of South Africa as water levels in dams down to 14%: 105 days of usable water left 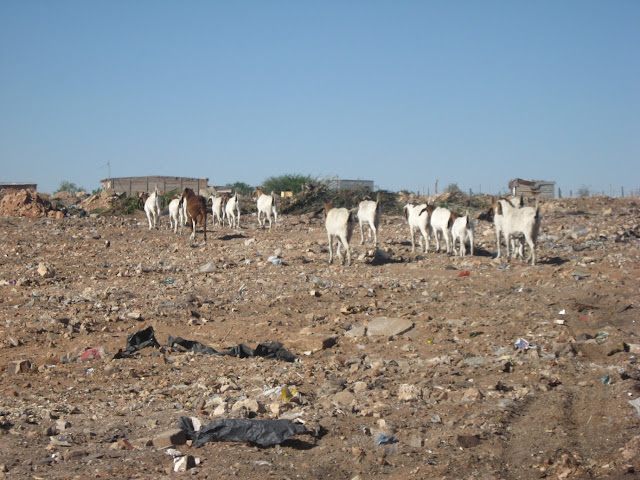 Photo groundup.org.za
The South African Weather Service has issued a special weather advisory warning of heatwave conditions expected in the coastal areas of the Northern Cape, West Coast District and Cape Metropole of the Western Cape until Sunday, 23 April.
The warning comes after a warm, dry week across SA, with the severe effects of the drought intensifying by the day.
On Wednesday, 19 April, Western Cape MEC Anton Bredell warned Western Cape residents that they must start preparing for possible flooding when the winter rains arrive to break the drought.
"In the period before the expected rains, I would advise the public to clear out gutters, downpipes and runoff channels around their dwellings to ensure water can runoff freely and easily.
These small proactive measures may help protect families from flooding," Bredell told News24.
The winter rainfall, however, is only expected later in the season, the South African Weather Service says.
According to Kate Turner at the South African Weather Service in Cape Town, speaking to Traveller24 in March this year, seasonal winter rainfall for the Western Cape is only expected to hit SA in mid-winter this year, following an "average to below-average dry season leading up to winter". Turner says she fears that "the amount of rain expected in the season before the Western Cape's winter rainfall season might not be enough to carry us through."
The worry from the SA Weather Service comes as the City of Cape Town has announced that there remains about 105 days of usable water left in the Western Cape's dams at current consumption levels.
According to the City of Cape Town on Tuesday, 18 April, dam levels have declined to a further 24,1%, another 1% down from a week ago.
With the last 10% of a dam's water mostly not being useable, dam levels are effectively at 14,1%. Consumption over the past week is 685 million litres per day, which is 15 million litres under the collective usage target of 700 million litres per day.
As another heatwave approaches the two most dry provinces in SA, residents in the Western Cape and Northern Cape are urged to use the remaining water sparingly.