It last erupted 250 years ago: Footage of the volcano spewing ash 7,000 meters high as Russia's the Kambalny volcano is scaring the experts (Video) 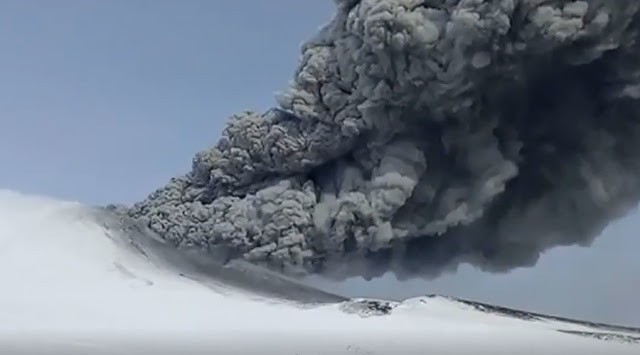 Photo RT
The Kambalny volcano, located in the Yuzhno-Kamchatsky wildlife preserve in Kamchatka, showed activity on Saturday after first rumbling a day earlier, for the first time in around 250 years.
Researchers are genuinely amazed at the Kambalny volcano in Russia erupting for the first time in 250 years.
But while this could be described as a scientific marvel, the volcano could also be hiding a threat. Footage of the volcano spewing ash up to a height of 7,000 meters is indeed impressive... and yes, a little bit scary.
The Kambalny volcano is 2,156 meter high and is located in southern Kamchatka.
The last time it erupted was during the reign of the Russian empress Catherine the Great, in 1769.