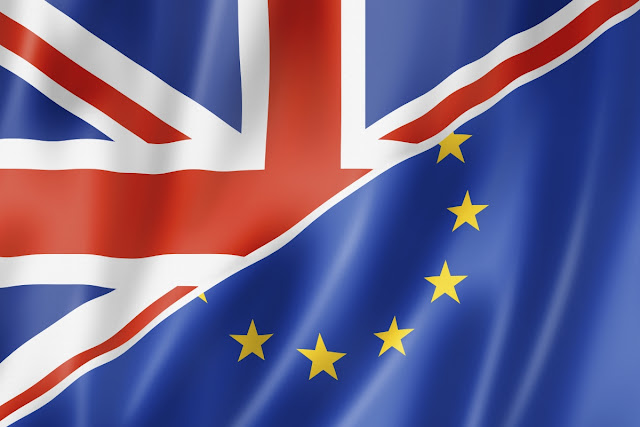 Theresa May hails the triggering of Article 50, saying:


"This is an historic moment from which there can be no turning back - Britain is leaving the European Union - we're going to make our own decisions and our own laws, we're going to take control of the things that matter most to us. And we're going to take this opportunity to build a stronger and fairer Britain that our children and grandchildren are proud to call home."

Forty-four years after Britain joined the EU, Brexit today reached the point of no return as Theresa May triggers Article 50 of the Lisbon Treaty. Just before lunch Britain’s ambassador to Brussels handed over a letter, signed by the Prime Minister, that kicks off the two-year divorce. Sir Tim Barrow arrived this morning with the letter concealed safely in a diplomatic bag. At the same time as he gave the letter to European Council President Donald Tusk, Mrs May addressed MPs on a momentous day for Britain.

The left wing Guardian Newspaper reports...
Theresa May’s tactic is clear: to accuse anyone who dares question her headlong, blindfold charge towards hard Brexit of being democracy deniers.
This despite it looking increasingly likely that the result of her reckless, divisive Brexit will be to leave the single market and not reduce immigration – the very opposite of what Brexiteers pitched to the people.
As the vast Unite for Europe march last weekend showed, the anger is not ebbing, it is growing, and among some who voted leave as well as remain.
Realisation is growing that the Conservative Brexit government is stealing the result of the referendum by wilfully misinterpreting it – and then having the brass neck to accuse anyone who reminds the Brexiteers of their promises of somehow being an enemy of the people.

The right wing Daily Mail report was much more optimistic...
History was made today as the Article 50 letter confirming Britain's divorce from the EU was finally delivered - with Theresa May hailing a 'great turning point' for the country.
The Prime Minister delivered a optimistic vision of a UK whose 'best days lie ahead' as she confirmed her envoy Sir Tim Barrow has handed the formal notification to European Council president Donald Tusk in Brussels.
As the point of no return was reached, Mrs May told the House of Commons that she was 'giving effect to the democratic will of the UK people'.
'The Article 50 process is now underway... In accordance with the wishes of the people, the United Kingdom is leaving the EU