Another week on paradise: Millions of dead fish reported around the globe last week from Austria to Australia 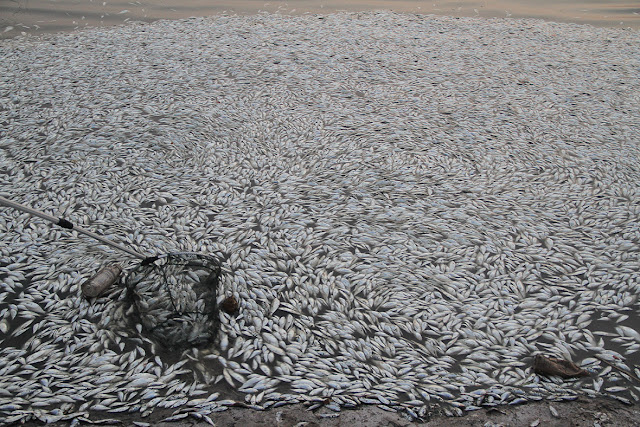 The last week of February proved to be another disastrous week on the planet for marine life.
There are far too many events to post individually so here is a highlighted list below.

28/217...20 tons of dead carp washed up along the beaches of Lake Neusiedl, Austria, experts claim cold water killed the fish. 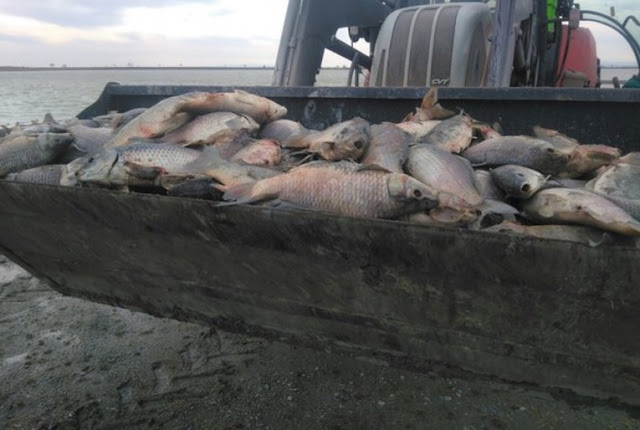 The dead animals are carried away with excavators. Photo Mienebezirk.at


28/2/17Hundreds of dead fish found along beaches in Huatulco, Mexico 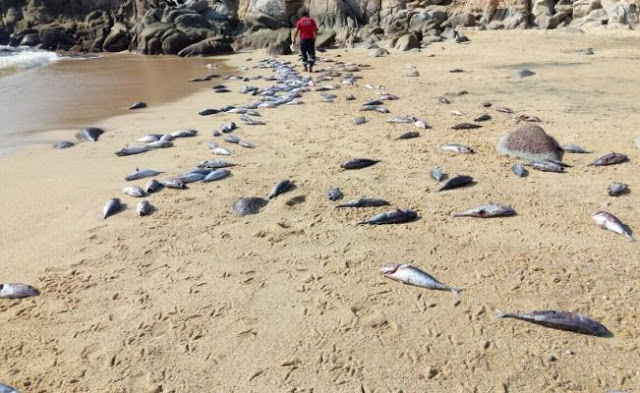 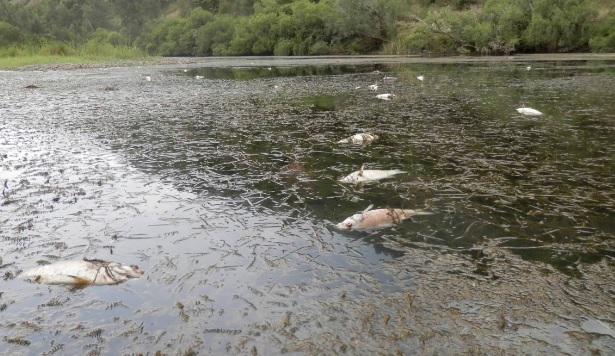 Fish kill: Severe oxygen depletion is being blamed for the death of more than 400 fish in a pool in the Nowendoc River. Picture: Dr Keith Bishop


28/2/17: Four dead whale washes ashore in Virginia.
Virginia Aquarium officials attempt to pull a dead whale from the water using a bulldozer
The whale is at least the second deceased whale found in the lower Chesapeake Bay region in a week's span. Video by Hillary Chesson 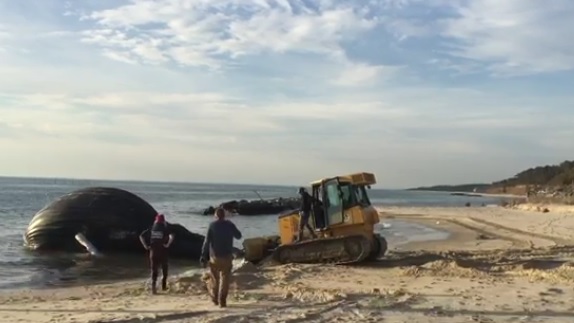 
27/2/17: Thousands of fish have died in the Magdalena River in Colombia.
According to information, this was due to the passage of a large amount of mud, caused by an avalanche that was registered in the municipality of Campo Alegre, in Huila. 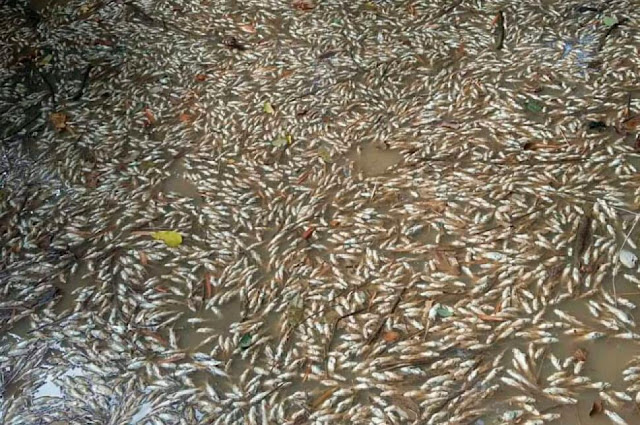 
25/2/17: Hundreds of dead fish wash up on beaches in Montevideo, Uruguay
Hundreds of fish were found dead on several beaches in the provinces of Montevideo and Canelones, both in the south, in a fact that the authorities of the National Directorate of Aquatic Resources (Dinara) attributed to the heat wave that the country lives, Local media reported. 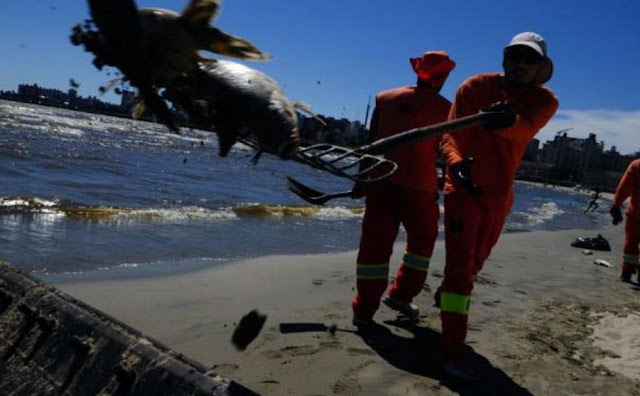 Hundreds of fish were found dead on several beaches in Uruguay. (Http://www.elpais.com.uy)


23/2/17: Massive die off of fish in a river in Thanh Hoa, Vietnam
Local authorities have not been able to take a complete inventory of the quantity of dead fish. They are encouraging people to gather all the carcasses and destroy them, preventing further pollution. Until late Wednesday, there were still cases of dead fish being found in the river. 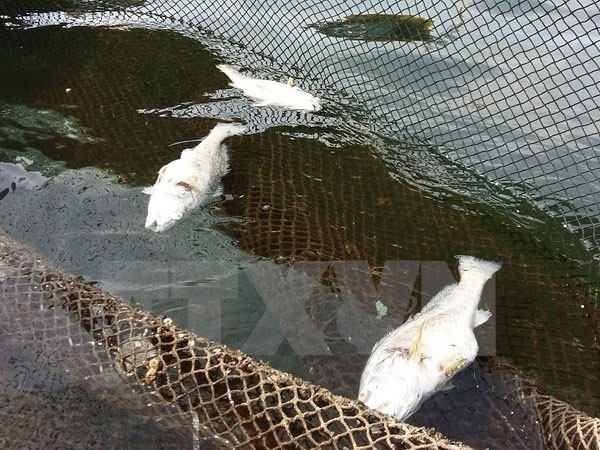 Mass fish death on the Nghi Son Island, Thanh Hoa Province, in last year’s September, was not due to pollution, authorities said.