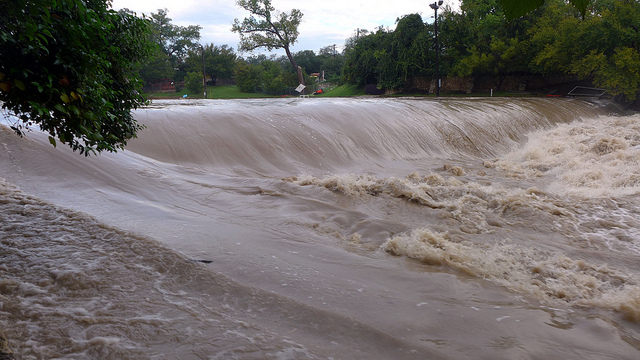 Floods in Angola have killed at least eleven people and left thousands homeless after the country was hit by torrential rain, rescuers said yesterday.
Over 700 homes were destroyed following the deluge in the coastal north-western Luanda Province which began on Tuesday afternoon and lasted into the early hours of yesterday, rescue service spokesperson Faustino Mingues told AFP.
"The victims died when houses collapsed, or after being swept away by the water," he said.
Others were killed after being electrocuted by high-voltage power lines that had been downed by the extreme weather.
Among the dead were a two-year-old baby and a 70-year-old, according to Mingues, who added that at least 5,300 homes have been flooded.
A school and a church were also demolished by the deluge which has paralysed the Angolan capital Luanda, affecting the supply of electricity and clean water and causing traffic chaos on the city's roads.
Mingues warned that several reservoirs on the outskirts of Luanda were almost full and threatening to overflow.
There were reports of several people still missing following flash floods, according to the state-run Angop news agency.
Officials warned last week that the ground in many areas had been left saturated following heavy rains that have already affected more than 500 000 people and followed five years of drought.
"With the high level of rain, we are afraid that many homes . . . are submerged because the soil is saturated and cannot absorb water," regional official Goncalves Namweya told the Lusa news agency on Friday.
Farmland has also been affected and many roads are impassable - especially in rural areas - forcing people to travel on canoes supplied by emergency services, Namweya added.