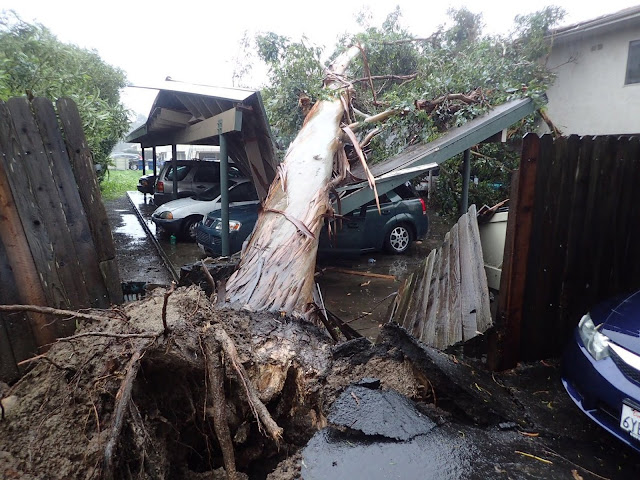 Photo Inquirer News
Oroville Dam residence react to possible second evacuation with storm approaching as the fierce storm, dubbed "bombogenesis" or "weather bomb", has eased in southern California, while pressing on further north in the US state.
Forecasters warned residents in the north, including San Francisco, to expect more heavy rain on Sunday.
Torrential rain, flash floods and mud slides wreaked havoc on Friday and early Saturday, killing at least five people.
Metrologists said it was the worst storm to hit California in years, reports the BBC.
Southern California cleaned up on Saturday after its biggest storm in years unleashed a wave of rain and snow that killed at least five people and triggered flooding, mudslides, high winds and power outages, officials said. 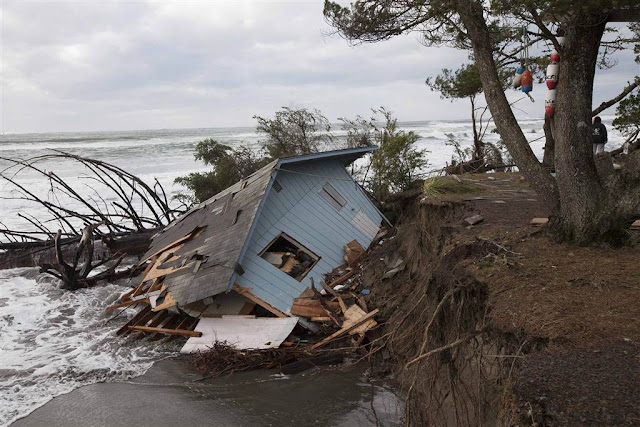 Photo NBC News
Vital highways and railways were shut down and sinkholes opened on main roads under the heaviest rainfall in the drought-stricken region in at least five years, according to the National Weather Service.
In one of wettest spots near Santa Barbara, over 10 inches (25 cm) of rain fell on Friday with several other stations in Southern California reporting at least 9 inches (23 cm), said meteorologist Patrick Burke of the Weather Prediction Center.
"It's been a very active winter and rainy season for the entire state of California," Burke said.
"They needed that because of the drought. But sometimes droughts end with a flood and we've gone from one extreme to the other."
Parts of Southern California have been the slowest to exit the drought.
But the state's reservoirs are 22 percent more full than the average, according to the California Department of Water Resources. 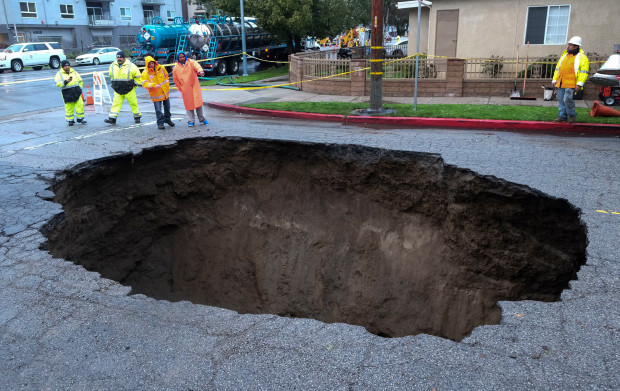 Photo Mercury News
Since Oct. 1, downtown Los Angeles has received more than 18 inches (46 cm) of rain, which is higher than the total annual average of just less than 15 inches.
By Saturday afternoon, the storm had moved east into Nevada and Arizona.
Northern California will be walloped with more rain and snow beginning on Sunday, with 4 to 8 inches (10 cm to 20 cm) of precipitation expected in the coastal mountains, Burke said.
Meanwhile, utility crews worked to restore electricity to tens of thousands of customers affected by power outages throughout the Los Angeles area on Saturday.
One man died on Friday after he was electrocuted by a downed wire, the Los Angeles Fire Department said. 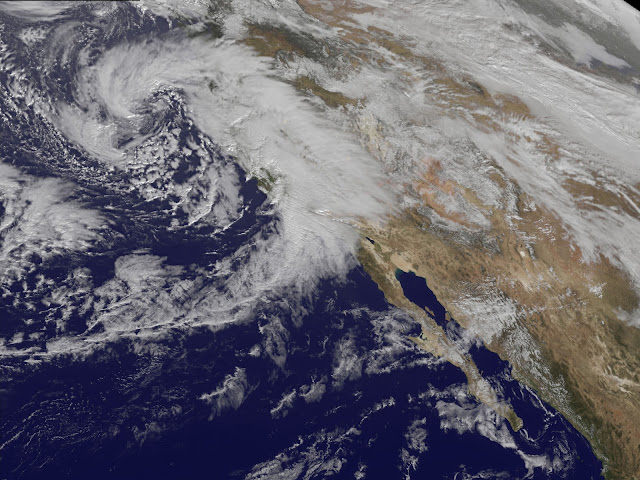 Another person was found dead in a submerged vehicle in Victorville, about 85 miles (137 km) northeast of Los Angeles, fire officials said.


And the body of a man was discovered on Saturday morning in a creek in Thousand Oaks, 40 miles (64 km) west of downtown Los Angeles, after he was swept away by floodwaters, the Ventura County Sheriff's Office said.

The storm also brought unusually strong winds.
At the Port of Los Angeles, gusts as high as 75 miles per hour (121 km/h) were recorded on Friday. Amtrak railroad service was suspended from Los Angeles north to San Luis Obispo on Saturday due to extreme weather conditions, according to the transportation service's website.