Much needed rain for California as most powerful of three massive storms to hit LA today: Floods expected 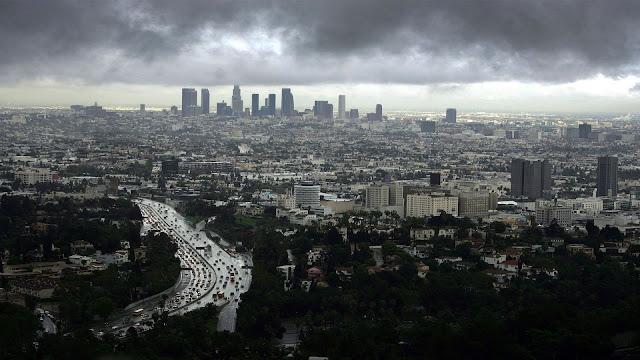 The most powerful of the three storms to hit the past few days storm is bearing down on the Southland, with flash floods and mudslides possible, the National Weather Service said. Authorities in Los Angeles have evacuated some communities facing serious risk of flooding including 120 homes in the vicinity of the Sand Fire, which burned more than 38,000 acres last July, and the City of Duarte where the Fish Fire burned in June.
The City of Los Angeles is also urging residents to prepare for the heavy rain expected Sunday by having a basic emergency kit ready in an accessible place, according to a city release.
The kit should include bottled water, a flashlight, extra batteries and a battery-powered radio or television. 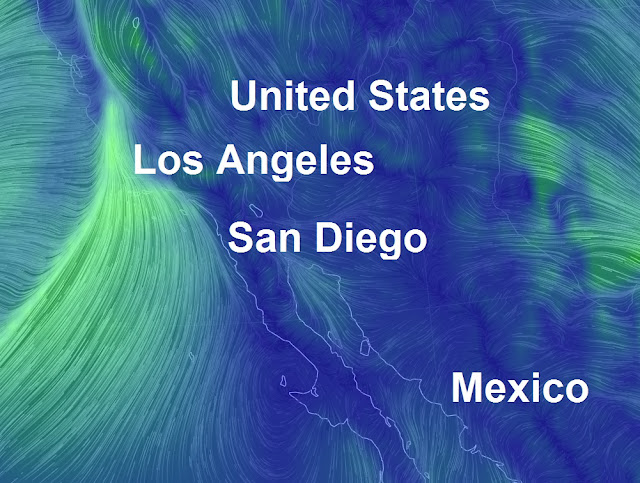 The storm was expected to start moving into the area in the form of light rain after midnight Sunday, become moderate around 4 a.m. and be heaviest between 10 a.m. and 4 p.m., according to NWS Meteorologist Carol Smith.
What gives this storm the potential for the biggest punch of the three- storm series is that it is moist and slow-moving, Smith said.
The moisture is subtropical, moving in from the southwest with "a good lift over the San Gabriel Mountains."
Between 2-4 inches of rainfall is expected in the coastal and valley areas and 3-6 inches could fall in the foothill and mountain areas, especially the San Gabriel Mountains and foothills, she said.
"We are definitely looking at possible flooding," Smith said.
A flash flood watch was issued for all of Los Angeles County from Sunday afternoon through evening, with debris flows also possible in burn areas.
Periods of intense rainfall are forecast for Sunday afternoon at rates of 1 to 1 1/2 inches per hour, she said.
The NWS has issued a Flash Flood Watch for Los Angeles County from Sunday afternoon to Sunday evening, with flash flooding, debris flows, landslides and rockslides possible due to the periods of heavy rain.
"They are not imminent but a good possibility," Smith said.
People who drive in a deluge of rain were urged to go slowly and steer clear of flooded roadways. Just six inches of water is enough to cause you to lose control of your vehicle, the city said.
Never drive on flooded roads. Downed trees, clogged storm drains, flooding and land or mud slides can be reported through the MyLA311 app.
More information on the app is available at MyLA311.lacity.org.
If power lines are knocked down, residents were urged to call the LADWP at (800) Dial-up. People were warned not to remove fallen tree limbs or debris from power lines because they can conduct electricity that can shock anyone who comes in contact with it.
A high surf warning remained in effect until 6 a.m. Sunday and a coastal flood advisory was cancelled.
Surf of 10-15 feet expected Saturday was to diminish to 6-12 feet by Sunday.
Rainfall should diminish to showers early Monday with a slight chance of thunderstorms through the day and light showers in the afternoon, tapering off into evening, Smith said.
The weather will clear after lingering showers pass Tuesday and Wednesday through Friday should be clear and cool, with temperatures in the low to mid-60s, she said.
The drought impact of the past week's storms could be quantified Monday, Smith said.
That's when the state's drought update will be issued.