With parts of a large coronal hole on the Sun still facing the earth and now a tropical storm in the area I would say the area above (circled) will be vulnerable for major quakes in the coming days.
The area has already suffered 9 major quakes this month and is highly unstable with hundreds of aftershocks.
This current coronal hole is something special, apart from its size, it is enormous, it is a region in the sun's atmosphere where the magnetic field opens up and allows solar wind to escape which when facing the Earth this wind hits our magnetosphere at tremendous speed, " We've actually seen this coronal hole before, probably three times before starting in September. It is rotating around with the sun, strobing Earth like a lighthouse every ~27 days. The last two times we experienced its solar wind (Oct. 25-28 and Nov. 23-26) 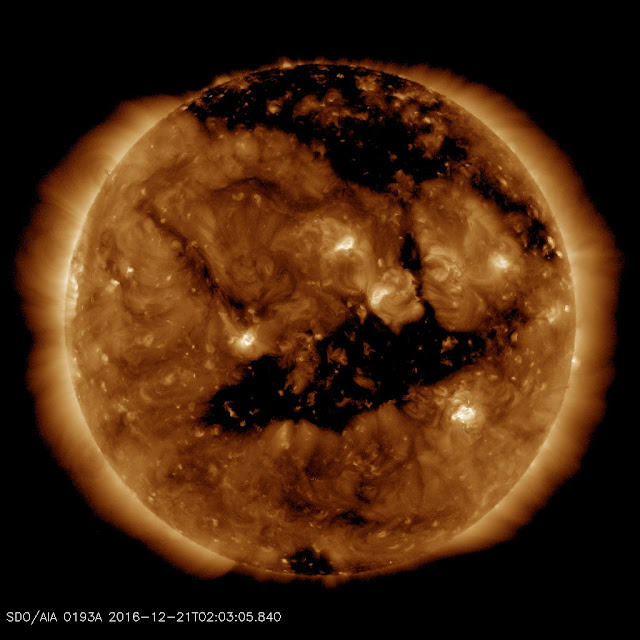 
Christmas solar storm to batter Earth as flare blasts from massive hole in the sun
EARTH is being blasted by a flare soaring from a hole in the sun’s atmosphere – and it’s bringing huge geomagnetic storms with it. 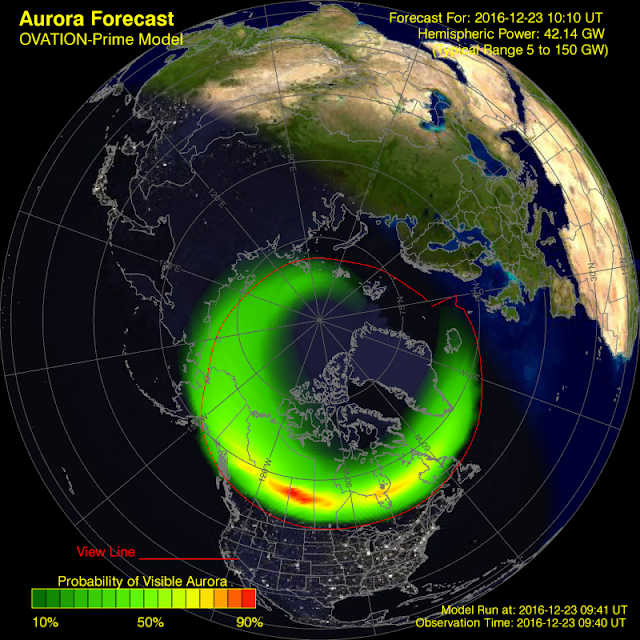 The super-fast stream of solar wind hit the Earth’s magnetic field just in time for the winter solstice on Wednesday.
And it’s whipped up a “moderately” strong geomagnetic storm that could last for several days, according to the US’ National Oceanic and Atmospheric Administration.


Geomagnetic storms are behind the awe-inspiring natural phenomenon the Northern Lights.

Why is Australia and New Guinea so close together on your map?
I seem to remember them being very far apart, but now you are showing them as almost touching.
Is this true and my life long memory of nearly 70 years is failing me?
Or are you using a distorted map that for purpose of fitting it into the rectangular box, it is showing the countries closer than they actually are?

Yeah your right! I think it's the shelf shadow (trench)

The image is of the northern hemisphere, as seen from the north pole, looking straight down. The land mass at the bottom of the picture is the North American continent and at the top is siberia, Russia and such. Australia is down under!

I think he is talking about the top photo deplorable Ragman