For the first time in recorded history Peru is host to two volcanoes seeing continuous eruptions. 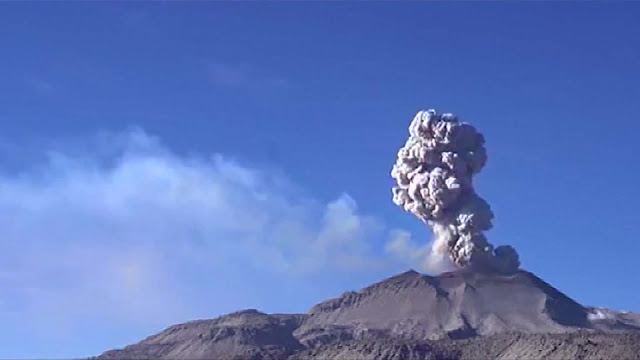 Peru's Sabancaya volcano rumbled back to life on Monday (Dec 26), spewing ash and smoke some 3,500m into the sky, in the latest of a series of explosions.
The local authorities warned surrounding communities could be affected by ash from the volcano, which came to life at 8.24am local time on Monday (9.24pm on Monday Singapore time).
The volcano had similar explosions on Dec 16.
The 6,000m Sabancaya, which means "tongue of fire" in Quechua, has been seismically active for 18 years.
During that time, it has seen periods with eruptions of varying intensities.
Sabancaya sits atop the South America tectonic plate, which forces magma to the surface when it clashes with the neighboring Nazca plate.
Sabancaya was dormant for 200 years before erupting several times in the 1980s and 1990s.
Its current activity is coinciding with eruptions at the Ubinas volcano, also located in southern Peru, some 100km away.
The twin events mark the first time in recorded history Peru is host to two volcanoes seeing continuous eruptions. 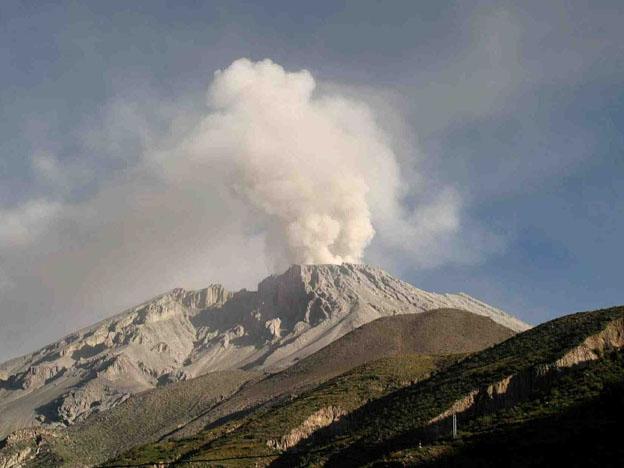 Meier is on record as far back as 1951 in his warnings about climate change and the threat to our survival contained therein. And of course he also clearly pointed to the thoughtlessness of human behavior that could lead, and now actually has led, to our being on the brink of enormous, unprecedented upheavals and destruction. The latest news regarding warming in the Arctic can now only be ignored by the most foolish and deliberately blind of human beings.
While the bought off scientists and others tow the corporate (and political) line and promote the lies and denial, incontrovertible information about the effect of the melting of the glaciers seeps through, just like the waters from those glaciers that will raise sea levels worldwide. In the process of the glacial melting, the ever-increasing weight of the resulting great masses of water brings with it disastrous consequences, largely unforeseen and/or denied by most of our scientific “experts” This will take the form of both releasing long suppressed earthquakes, where glacial pressure once actually prevented them, and putting unprecedented pressure on the tectonic plates underneath the ocean floor, which also could lead to massive earthquakes, volcanic eruptions and tsunamis. (See scientific corroboration.)
http://futureofmankind.co.uk/Billy_Meier/What_is_really_going_to_happen_in_the_year_2012%3F