100 tons of dead fish in Indonesia, thousands more in Brazil 12.5 million chickens and ducks culled in South Korea ends another week in paradise 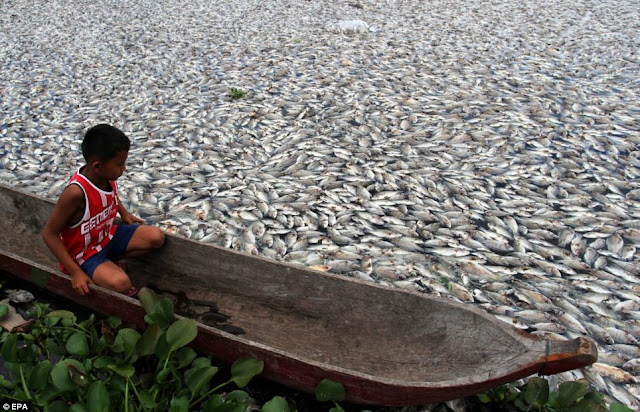 Photo Daily Mail
Department of Marine and Fisheries (DKP) have reported an incredible 100 tons of fish have died in Agam, Sumatra, Indonesia. The reason for the deaths is also incredible as poison (residual sludge feed), strong winds and lack of oxygen are being blamed.
Sludge is also being blamed for thousands of fish found dead along the banks of Ipiranga River in northern Brazil. According to the coordinator of the Tamar project of the Chico Mendes Institute of Biodiversity Conservation (ICMBio), João Carlos Thomé, it is possible that the deaths are related to local mining sludge flowing into the river. 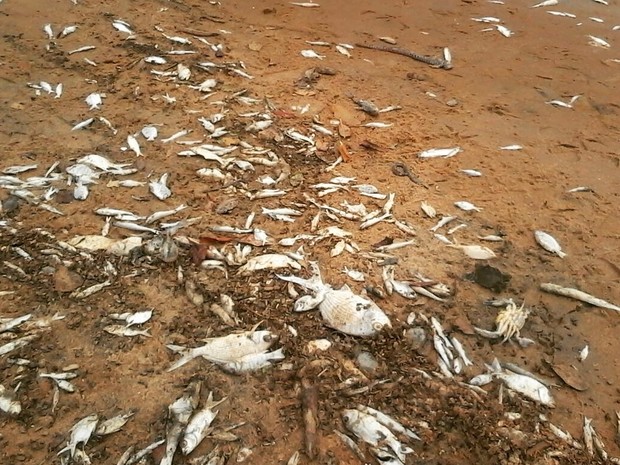 Dead fish on the Ipiranga River (Photo: Divulga / A Gazeta)


And an update on the world-wide bird flu epidemic: South Korea. Since the first case of the highly pathogenic H5N6 virus was confirmed in mid-November, another 43 cases have been reported and close to 10 million chickens and ducks have been slaughtered in farms across the country. In a statement, the agriculture ministry announced plans to cull an additional 2.5 million birds, making it the worst bird flu outbreak since 2014 when nearly 14 million were slaughtered. The World Health Organisation warned earlier this year that the strain has caused "severe infection" in humans.

And 3rd of all creatures died

We must be very close to that now!

I think you will have a bad headache in the morning Robert! Take care...

Human life is full of disaster for other and this is the perfect example.
office cleaning services

Not much call for office cleaning services here cheeky


Thanks for giving the information.
House Cleaning Services In Gurgaon