An earthquake of magnitude 6.8 on the Richter Scale hit Myanmar on Wednesday afternoon with tremors felt across east India.
Reports of strong tremors have been felt across West Bengal and Assam.
There are not reports of casualties yet.
According to National Centre for Seismology, a unit of Ministry of Earth Sciences, the epicenter of the quake was in Myanmar and it occurred at 4:04 PM at a depth of 58 kms.
People panicked and fled out of buildings in Kolkata, Patna and Guwahati.
Earlier a deadly mag 6.2 struck Italy just 50 miles north east of Rome killing at least 38 with more than 150 missing
The quake in Myanmar is the 12th major quake in August and the 92nd of the year.

"Half the town is gone," said the mayor of Amatrice, one of the worst areas affected.
A family of four were feared dead in the rubble of their house in the nearby town of Accumoli.
The quake hit at 03:36 (01:36 GMT), 100km (65 miles) north-east of Rome, at a shallow depth of 10km. 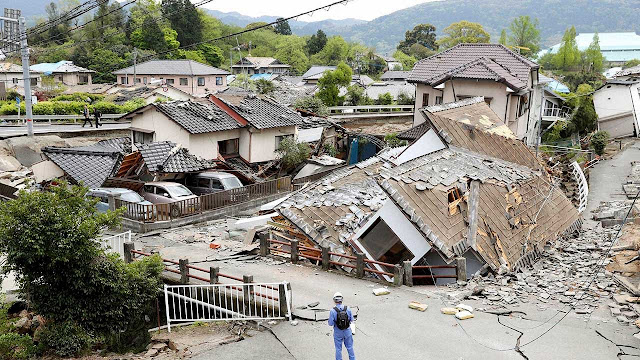 Some buildings in the capital Rome shook for 20 seconds. Officials warned the number of fatalities was likely to rise. 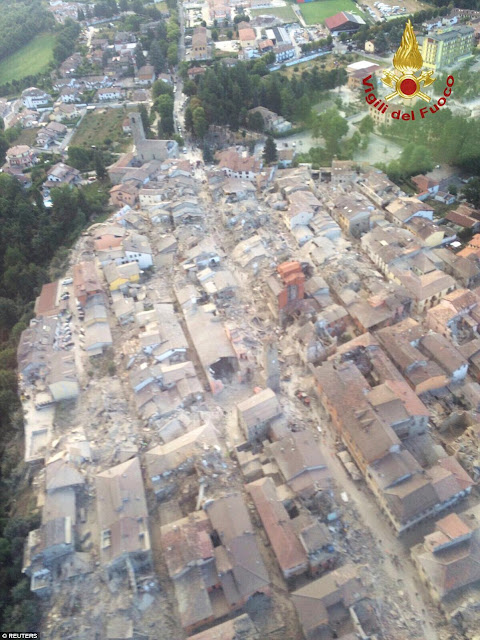 Debris: This is an overhead view of Amatrice, whose historic centre has been wiped out by the powerful earthquake overnight.
The head of the civil protection department compared the earthquake's intensity to Aquila in April 2009 in which 309 people died the BBC reports.
The area is now suffering large aftershocks with a large mag 5.5 has struck in the last hour.


Yesterday a M6.0 - 132km N of Nebe, struck Indonesia which brings the total number of major quakes for August to 11 and a total of 91 for the year...