The November Uptick In Seismic Activity Continues. 4 more major quakes, (mag 6 or higher) have been recorded in the last 24 hours, in Turkey, Mexico and the Solomon Isles the biggest a powerful mag 7.0. They bring the total to 24 major quakes for the month and 124 for 2022 so far!

The last 24 hours have seen another uptick in major quakes (mag 6 or higher) around the globe in an extremely lively month of seismic activity. This morning a magnitude 6.1 earthquake struck northern Turkey near the town of Duzce, about 210km (130 miles) east of Turkey's largest city Istanbul. No reports of significant damage have been released.

Earlier a mag 6.2 was reported to have rocked the coast of Baja, California in Mexico. No tsunami in the area was reported.

This month, so far, a total of 16 major quakes, mag 6 or higher have been recorded.

In West Java, Indonesia, nearly 300 people have died so far and more than 150 are missing after a very shallow, powerful mag 5.6 quake rocked Indonesia with more than 140 aftershocks making rescue operations difficult. Many children are among the dead. 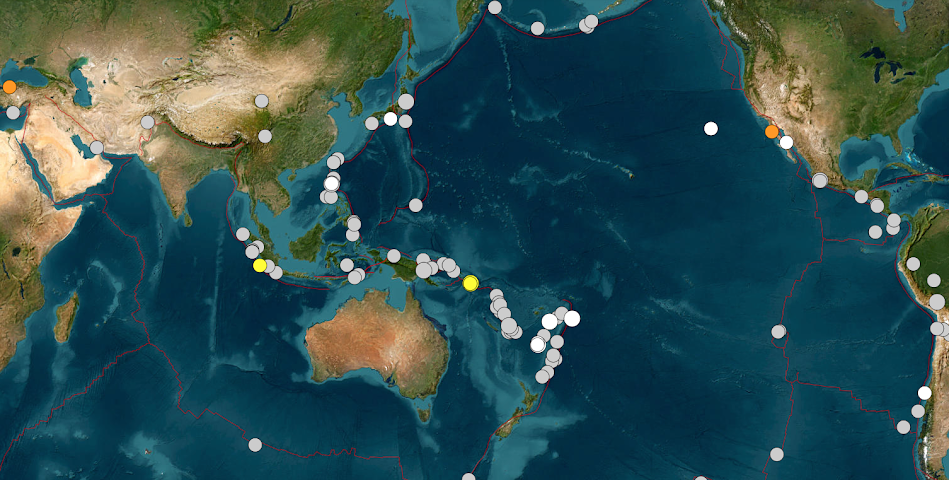 So what's people stance on the possibility that poleshift is occurring triggering the uptick?