Almost 60% of the 13 billion Covid-19 vaccines administered to people around the world since 2020 were injected with the Pfizer vaccine. It hadn't even been tested to see if it could stop Covid: Yet hundreds of thousands of people lost their jobs for refusing the vaccine! 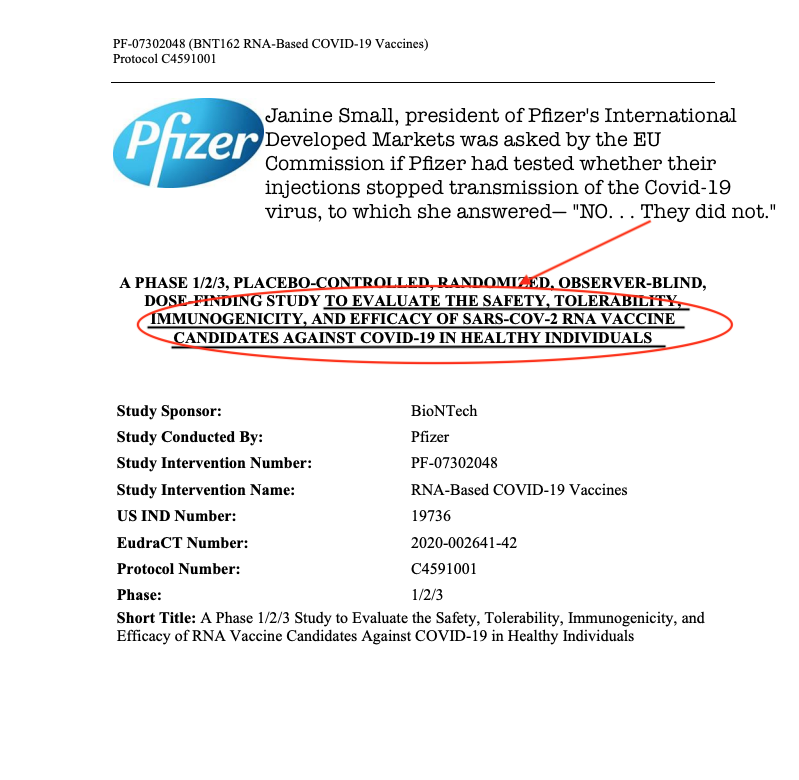 Above is the opening page of the "Clinical Trial Protocol of Pfizer's Covid-19 vaccination tests—PDF File. The title clearly states the trial protocol was to evaluate the safety, tolerability, immunogenicity, and efficacy of the SARS-COV-2 RNA vaccine against Covid-19 in healthy individuals.
Almost 60% of the 13 billion Covid-19 vaccines administered to people around the world since 2020 were injected with the Pfizer vaccine. Please excuse my maths but I think that is somewhere in the region of 9 billion.
As early as December 2020, these Western governments or friends of the West were using the Pfizer injection to vaccinate their citizens—Australia,  Canada,  France,  Germany,  Hungary, Indonesia, Israel,  Japan,  New Zealand, Saudi Arabia,  South Korea, United Kingdom and of course the United States of America.
This was an incredible feat when you consider Pfizer began clinical trials on their vaccination just 3 days after China officials released part of the Covid DNA segment on January 11 2020? Some experts say almost impossible.
On October 10, four days before The European Public Prosecutor’s Office (EPPO) announced that it has an ongoing investigation into the acquisition of COVID-19 vaccines in the European Union. The European Parliament asked Pfizer CEO Albert Bourla to answer questions in front of a special COVID committee of the European Parliament. Instead, he refused. He sent Janine Small, president of Pfizer's International Developed Markets, to take his place in the hearing, however, she was unable, incapable or unwilling to answer almost all of the questions. She failed to deliver any relevant information, except for one stunning statement.
In October 2022, Janine Small, president of Pfizer's International Developed Markets was asked how Pfizer began clinical trials on their vaccination just 3 days after China officials released part of the Covid DNA segment on January 11 2020? "How was this possible," asked MEP Christian Terhes. She refused to answer his question. Mr Tehres, however, asked the same question to the CEO of Moderna, Stephane Bancel, he claimed work on Moderna's vaccine had started in 2017 more than 2 years before Covid-19 had apparently been discovered.
Janine Small was also asked by the committee if Pfizer had tested whether their injections "stopped transmission" of the Covid-19 virus, to which she dropped the "BOMB"— "NO. . . They did not." Press conference here.
Also in October 2022, Janine Small was asked by Dutch MEP, Rob Roos: "Was the Pfizer COVID vaccine tested on stopping the transmission of the virus before it entered the market?" "If not, please say it clearly." Small answered: “Regarding the question, did we know about stopping immunization before it entered the market? No.” "We did not."
She continued: “We had to move at the "speed of science" to understand what is taking place in the market. And from that point of view, we had to do everything at risk.” Janine Small's answer. Rob Roos asked AstraZeneca and Moderna the same question, however, they both refused to answer his question.
Janine Small was asked the price of a vaccine, but she refused to answer. She was also asked, just what Pfizer have to hide in their vaccine contract with the Euro Commission. She refused to answer. She was asked about a"redacted" version of the Pfizer/Euro Commission vaccine contracts, (more than 100 pages which were almost entirely blacked out) she said that Pfizer couldn't disclose the entire contract because they had certain "interests" to protect. This was, by the way, the biggest contract ever awarded by the European Commission, costing the taxpayer, E 36 billion, wasted money.
The European Parliament are also investigating an SMS between Albert Bourla, the Pfizer CEO and Ursula von der Leyen, President of the European Commission which is considered to be irregular according to EU transparency regulation, the EU ombudsman and the EU Court of Auditors.
But, a press release on Pfizer's website here on April 01 2021, proudly announced—Pfizer and BioNTech Confirm High Efficacy and "No Serious Safety Concerns Through Up to Six Months Following Second Dose in Updated Topline Analysis of Landmark COVID-19 Vaccine Study. . ."

Analysis of 927 confirmed symptomatic cases of COVID-19 demonstrates BNT162b2 is highly effective with "91.3% vaccine efficacy observed against COVID-19," measured seven days through up to six months after the second dose. . .
The vaccine was 100% effective in preventing severe disease as defined by the U.S. Centers for Disease Control and Prevention and 95.3% effective in preventing severe illness as defined by the U.S. Food and Drug Administration. . .
The vaccine was 100% effective in preventing COVID-19 cases in South Africa, where the B.1.351 lineage is prevalent. . .
The companies plan to share these results with worldwide regulatory agencies soon—Which of course has never happened.
Now ladies and gentlemen, let's cast our minds back to June 27 2021. A very angry Joe Biden announced to the world—"There is a pandemic of unvaccinated people in the US!" He was, of course, not the only government leader at this time using unvaccinated people as a tool for propaganda to"coerce" innocent people into receiving a vaccine which now appears to have never even been tested!
French President Macron said he wanted to "piss off" the none vaccinated.

Anti-vaxxers like me were called a misinformed movement and were on borrowed time. 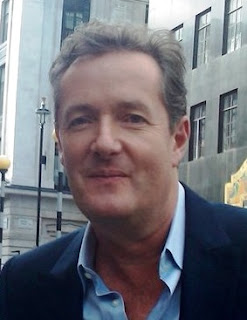 Bloomberg claimed that anti-vaxxers and anti-maskers are "deadly" and not principled people.

Forbes ran the headline, "what are we going to do with the anti-vaxxers!"

As autumn 2021 slowly morphed into winter, a large "useless society" was emerging, an army of pariahs, outcasts, parasites, and people who became despised and rejected. This group would become discriminated against, bullied, and coerced into receiving the Covid vaccine, something we were told would not happen when the first vaccines rolled off the shelf late last year.

Tens of thousands of workers around the world were being given an ultimatum, to become vaccinated or lose their jobs. Many of these people who were now threatened with the sack had been championed as heroes just a few months earlier! Care workers, nurses, doctors and ambulance drivers. These same people were now classed as social pariahs.

Joe Biden claimed, once again: "The 'bigger story isn't that thousands of people are losing their jobs, but that the "new mandates" are increasing the percentage of Americans in the workforce who are vaccinated against COVID-19." "The new rule, would 'cover 100 million Americans, about two-thirds of all the people working in America." Biden was proud to claim.

He went on: "Let's be clear when you see headlines and reports of mass firings and hundreds of people losing their jobs, look at the bigger story,' the president added," claiming that the 'bigger story is that more employees in the workforce are vaccinated. Daily Mail

The irony is, back in December 2020 Biden famously stated he didn't think vaccinations would be mandatory and then again in July 2021, he declared America's independence from Covid-19, that claim came back to bite Joe as a rise of 300% new infections per day crippled health care workers despite 210 million Americans having at least one vaccination at the time.

Just how many hundreds of thousands of people lost their jobs for refusing the Covid-vaccination we will never know, I do know 40,000 care workers lost their jobs in the UK alone. I know now because the government is finally looking into the failings of big Pharma with one MP, Danny Kruger actually apologising and calling for reinstations and compensations to the care workers who were fired. Just how close did the world come to compulsory vaccinations during the pandemic?

There is now disturbing evidence of a significant increase in heart attacks and related health issues since the rollout of the Covid-19 vaccines and, as Covid-19 drops off and becomes less of a threat—Heart attacks and related health issues are rising around the world and, data suggests, countries with higher numbers of vaccinations are showing a higher number of what they are now calling excess mortality death.