In the drought-hit south of Madagascar, people are forced to fill their bellies with white clay mixed with tamarind to cope with famine. More than three years without rain in some places and COVID-19 is contributing locals to the brink of famine. 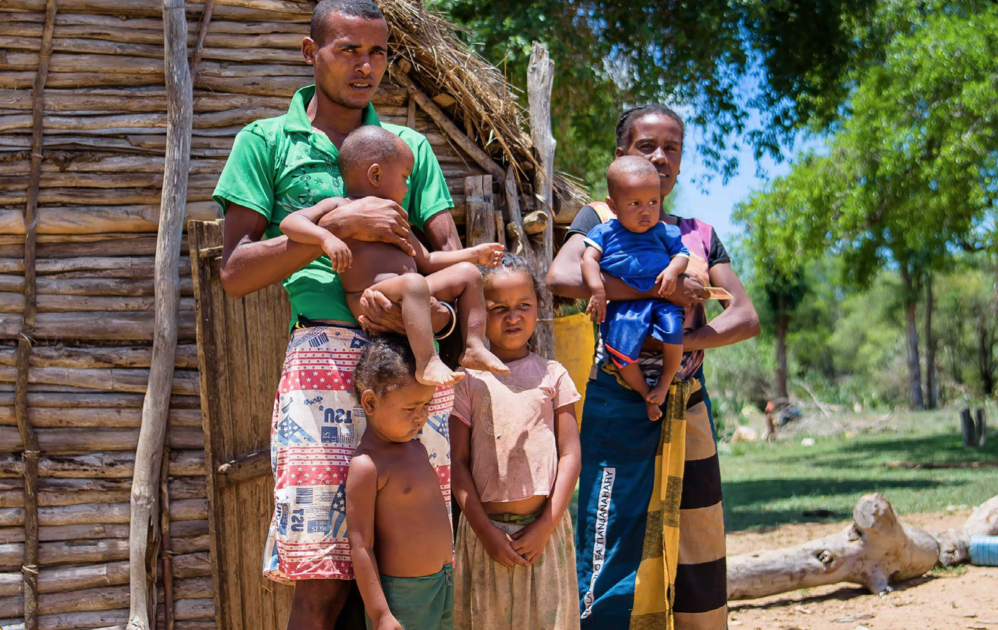 In the drought-hit south of Madagascar, people are forced to fill their bellies with white clay mixed with tamarind to cope with famine. More than a year of no rain is slowing leading locals to the brink of famine. The staple food like cactus fruit cannot be produced because of the drought. "If we had something to eat, if our saliva was enough, we would never have eaten that. But it's true that we didn't know that white clay was edible before. We tried to mix it and it worked", Dame Zafendraza, a charcoal producer said.

In a nearby village of Ankilomarovahetsy, 9 people starved to death in September. Toharano is a housewife. She says she's quite certain that the death of her children was due to the famine. "My children didn't eat for three days and then died, because I, their mother, did not manage to feed them. I'm sure it was the famine that killed them. It's not something else, it's not the disease, but famine. I left early in the morning and came back in the evening, and I saw the body of my child with his eyes open", she said. Children have particularly struggled to digest the clay and tamarind mixture.

According to the World Food Programme (WFP) in the country, this causes ''belly swelling''. Half of the population in the southern region of the Indian Ocean Island is currently in need of emergency food aid, the UN agency said. Theodore Mbainaissem is head of the Ambovombe office for the World Food Programme (WFP). "People could not go out because of the lockdown. The trucks, the bush taxis that have to commute, were not allowed and people stayed more or less in the villages. Add to that the food insecurity caused by climate change, which has been very severe this year", he said. The WFP said about 31 million euros are urgently needed to feed the hungry in southern Madagascar.

Climate Change
A few kilometres away in the town of Beraketa, global charity Action Against Hunger (ACF) has put up a centre in partnership with the WFP. The centre caters for around 50 severely malnourished children and 100 other patients every week. The children are at risk of death, especially if malnutrition is complicated by diarrhoea, respiratory infections or malaria. While droughts are not uncommon in the area, this dry spell has been compounded by climate impact. The WFP's Mbainaissem said, "for three years in some communities, two in others, there has been no rain." Rising insecurity and livestock thefts have exacerbated poverty and complicated humanitarian relief efforts. The government has deployed the military to distribute food and first aid in the area. In October, President Andry Rajoelina, his wife and son gave out rations in villages. The local head of the WFP Mbainaissem has warned of a disaster if emergency food assistance is not provided.