Her we go again! Australian fire authorities are warning of a 'perfect storm' of dangerous fire conditions on Saturday as dry conditions, strong winds and temperatures as high as 45 degrees C (113 F) provide tinder box conditions 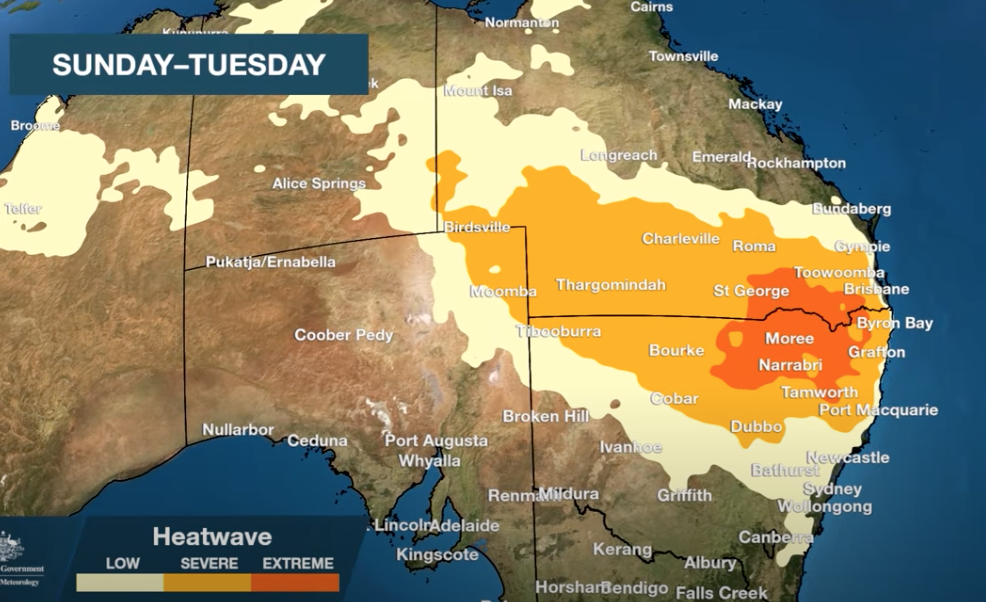 Victorian fire authorities are warning of a 'perfect storm' of dangerous fire conditions on Saturday, with total fire bans across three regions in state's north. A total fire ban will be in place across the Mallee, Wimmera and Northern Country on Saturday, with fire risks predicted to be 'severe' to 'extreme' in these regions. Mildura is expected to reach a maximum of 45 degrees C (113 F) on Saturday, while the mercury will rise to a top of 42 in Echuca. Melbourne is heading for a top of 28 degrees. Melbourne is likely to experience early showers and reach a peak of 28 degrees, after reaching a top of 35.7 degrees at Olympic Park at around 4.30pm.

Acting Chief Officer Alen Slijepcevic said after hot and dry conditions on Thursday and Friday, predicted high wind and the potential for thunderstorms with dry lightning, the fire risks in north Victoria are a "perfect storm". "Temperatures overnight (on Friday) will stay in the high 20s to low 30s, so there will be very little of the moisture recovery. It will be pretty dry, and tomorrow will be much windier than the last two days," he said. "We are just trying to reduce the human cause of ignition.

We know there will be a lot of people in the landscape, such as farmers who want to harvest. "We want campers to be able to enjoy the river but do not use open flames, because anything that starts tomorrow will be difficult to control. "This year is unique in a slightly different way, because we have really good crops everywhere, and we have had drying conditions underneath ... when you put this week's weather on top of it, it's potentially a perfect storm." He said water-bombing aircraft had already been moved to places like Bendigo, Stawell and Mansfield to try and preempt the need for firefighting support in these areas.

Victoria Police and Parks Victoria will be in areas with total fire bans to ensure compliance. The fire danger rating will be high across North Central, North East and East Gippsland regions, and low to moderate in Victoria's south. Bureau of Meteorology senior forecaster Jonathan How said high temperatures and "severe to extreme fire danger" would reach northern Victoria on Saturday, as part of a larger heatwave currently sweeping across eastern Australia. "The most significant heatwave of the season so far is set to impact millions of people and create dangerous fire weather conditions across multiple states," Mr How said in a video from the Bureau of Meteorology.

"On Saturday, temperatures will climb ... to above 40 degrees C, (104+F) along the Murray (River). But southern Victoria will be spared the worst of it, and a gusty cool change will extend east through the day. "Heat impacts everyone differently, but the hot days followed by warm nights will make it difficult to recover, especially for vulnerable people. "Be sure to plan ahead by checking your local health department's website and don't forget your pets." Some parts of New South Wales, Queensland and South Australia are also expected to reach extreme levels of fire danger across the weekend.