CLIMATE CHANGED! It's broken and we have reached the point of no return: Summer 2020 started in early January in parts of Europe and we are still enjoying summer deep into November: 2020 a look back at the record-breaking warmth 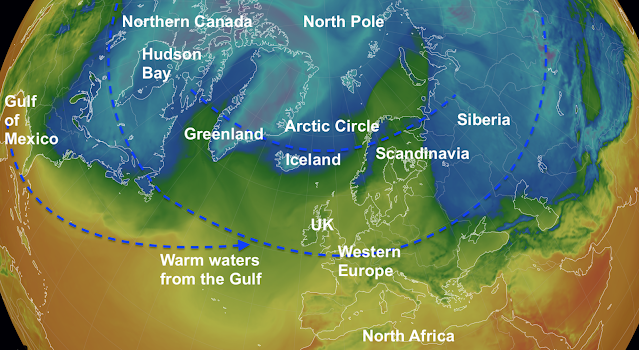 On the 13th of August along the West coast of Holland where I live, we entered the 10th day in a row when temperatures hit the mid-to-high 30sC (100+F). Because Holland is so humid the actual temperature felt like 50 deg C, 122F and had been mostly unbearable. The evening temperature stayed well above 30 deg C (86+F) rendering sleep almost impossible. This was the second debilitating heatwave we had endured this summer.

The measured solar radiation (sunshine) between mid-March and mid-June was about 3 per cent higher than the average over the same period in the past four years. Since the measures against the spread of the coronavirus were announced, more solar radiation, (sunshine) was able to reach the Earth's surface. This was evident from research by KNMI and TU Delft.

Across the pond, Phoenix set a high-temperature record of 115 degrees F, 46 deg C, for Sept 5th 2020. The baking heat broke the previous record of 113 degrees set in 1945, the National Weather Service said. Sept 5th was the 14th day this year when Phoenix had a high of 115 degrees or more, topping the previous record of seven.
Tucson reached 107F, 42 deg C tying a 1945 record. The southern Arizona city was expected to break the record later on the 5th of Sept with a high of 108, forecasters said. Both cities and numerous other desert areas in Arizona and southern Nevada were under excessive heat warnings in effect. August in Phoenix was the warmest ever with an average high temperature of 110.7 degrees F 44 deg C and an average low of 99.1 degrees F 37 deg C.
In the middle of August a very dangerous, long-lasting heatwave hit the western United States with temperatures soaring as much as 30 degrees Fahrenheit above normal from Arizona through to Washington State. Temperatures approaching 50 deg C (122F) were recorded in the Phoenix area, the city also broke the record for most days with a temperature at or above 115, beating the old record of 7 consecutive days. More than 34 million people were under excessive heat watches and warnings across California and the Southwest.

Earth continued to endure exceptional heat last month with October 2020 ranking fourth-hottest October on record. The year to date (January through October) ranked second-hottest for the globe as Arctic sea ice coverage shrank to historic lows for the month, according to scientists at NOAA’s National Centers for Environmental Information (NCEI).

The problem is not man. The problem is that the Sun is or has been in a mild state and this causes the magnetic shields around the earth to weaken. The result is more cosmic rays entering the atmosphere which create more cloud layer which causes more heat to be retained. Adding to this we are experiencing a geometric increase in cosmic rays arriving just as the shields are at low ebb.

I tend to agree with you WildBill

Wildbill, I’ll go with the scientists, and regardless of whether you agree, you must agree our continued attacks on our biosphere need to be stopped. We owe it to the future to care for our planet

The same one's that promote Germ Theory and have never isolated a virus?
The same one's who told in the 70's we were headed to a New Ice Age?
Ya "trust" those scientist....

Your inference is that these so called scientists believe as you do. Man has nothing to do with cosmic rays and decreasing magnetic shields. These so called scientists also support and enable chem trail spraying with aluminum to offset this problem. Aluminum? Check out what real science has to say about aluminum toxicity in the environment.
You probably also believe scientists that wearing a mask is necessary to offset the Red virus. Their predecessors also devised similar measures against the black plague and people like you with your blindness died along with roughly half the population of Europe then.

Finally consider this if you dare to actually think instead of blindly swallowing their junk science. Man is steward. He is to use God's Creation in a proper manner. Putting coal and fossil energy under a proverbial basket is not doing so. Starving millions to make the earth green is genocide not stewardship. Spraying the sky with aluminum and dumping fluoride into water is also suspect. Refusing to burn waste and dumping endless plastic into the water as the Red Chinese do is failing the test of stewardship. Pushing electric cars when internal combination is much more energy efficient and less environmentally harmful is delusion. Converting coal and natural gas
to solar and wind increases environmental harm and is bad stewardship. Coal is cleaner than wind. That is science when you use the term correctly which is knowledge derived from the same result measured in a controlled environment yielding the same result. Your choice. My comment and post reflect science used as intended.