A massive magnitude 7.5 quake has rocked South Alaska. Monday’s earthquake was an aftershock of the magnitude 7.8 quake that struck the same area in July: A swarm of large aftershocks have followed tsunami warning lifted. 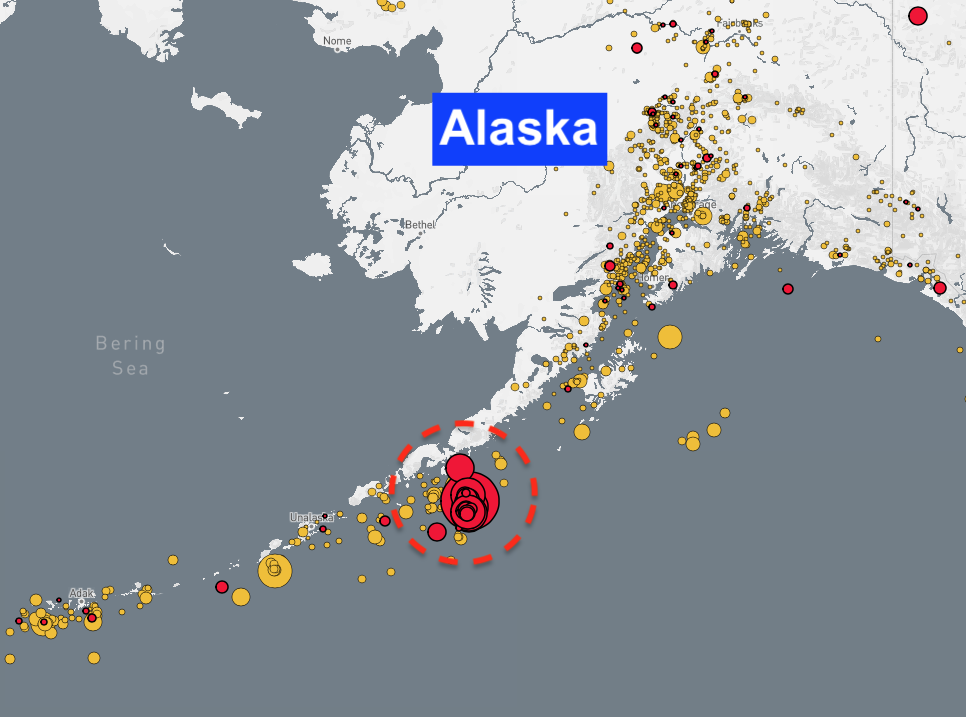 A massive magnitude 7.5 quake has rocked South Alaska. The reasonably shallow quake struck early this morning and a swarm of large aftershocks have followed. There are no reports of damage. According to the Anchorage Daily News, the magnitude 7.5 earthquake hit off the Alaska Peninsula coast Monday afternoon and triggered a tsunami warning for communities along hundreds of miles of coastline.

The warning was cancelled after about three hours, but communities had evacuated to higher ground during the chaos. Monday’s earthquake was an aftershock of the magnitude 7.8 quake that struck the same area in July, said State Seismologist Michael West. The earthquake triggered more than two dozen of its own aftershocks shortly after, ranging from 3.5 to 5.9 magnitude. West said additional aftershocks will continue in the area for days after.

An email was waiting for me as I switched on my computer this morning, Tina Miller, Bill Laughing-Bear's mother letting me know he is fine up there in Alaska, which is wonderful news.

Bill wanted me to let you know that the magnitude 7.5 quake that hit 651 miles from him rocked his place a bit but he’s fine. Pictures tilted, once again. Tsunamis warnings out but he’s got a backroad to get to and from town that is away from any waters that might overflow. Nothing boring about Alaskan life! At least not if your name is Laughing-Bear. Ha! Ha! Hugs, Tina.