Tropical Atlantic moves into high gear and looking ominous: Tropical Storm Laura and Marco – the next two reserved names in Atlantic hurricane season 2020 are queuing up in the Atlantic: Hurricane Genevieve is aiming at Mexico and extratropical Storm Ellen batters the UK and Ireland

Hurricane Genevieve, as seen by NOAA’s GOES-East satellite on August 18, 2020, first appeared as Tropical Depression Twelve-E in the Pacific Ocean on Sunday, transitioning into a hurricane by the end of Monday. As of Wednesday morning, the hurricane was just off the coast of Baja California and had a maximum sustained wind speed of 115 miles per hour, making it a Category 3 hurricane on the Saffir-Simpson Hurricane Wind Scale.
The National Hurricane Center is issuing advisories on newly developed Tropical Depression Thirteen, located about 1000 miles east-southeast of the northern Leeward Islands. Tropical storms are possible across the Leeward Island by Friday.
1. A tropical wave and accompanying broad area of low pressure is producing an area of showers and thunderstorms over the central Caribbean Sea, (Red X). This system is gradually becoming better organized, and a tropical depression is likely to form in a couple of days when the system reaches the northwestern Caribbean Sea. This system is moving westward, and interests in Honduras and the Yucatan Peninsula should closely monitor its progress. Regardless of development, this disturbance will likely produce heavy rains across a large portion of Central America and southeastern Mexico late this week and this weekend. * Formation chance through 48 hours...high...70 per cent. * Formation chance through 5 days...high...80 per cent.
According to Severe Weather Europe, it looks like tropical Atlantic is taking a higher gear this week. An impressive train of tropical waves is seen from western Africa westwards towards the Caribbean. Tropical Storm Laura and Marco – the next two reserved names in Atlantic hurricane season 2020 – are likely to form in the coming days. Train of tropical waves All three waves are expected to track west-northwest into western tropical Atlantic, the Caribbean, and potentially towards the Gulf of Mexico, the Bahamas, and possibly the United States next week. The highest concern is the Invest #98L which is forecast to potentially track towards Florida and Bahamas. 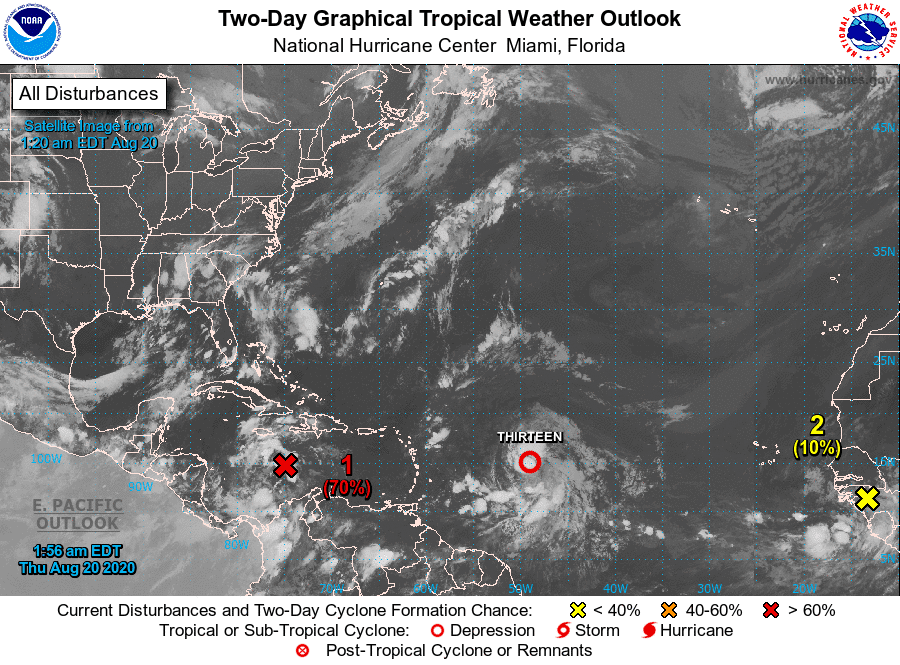 Meanwhile, a freak North Atlantic storm has hit Ireland last night. Storm Ellen caused damage across the island of Ireland overnight. Power cuts from the storm affected almost 200,000 people. According to the BBC, southern, western and midland counties in the Republic of Ireland bore the brunt of the storm, but County Cork saw the strongest winds and coastal flooding. Storm Ellen is expected to move onto the British Isles today before moving on to Europe. 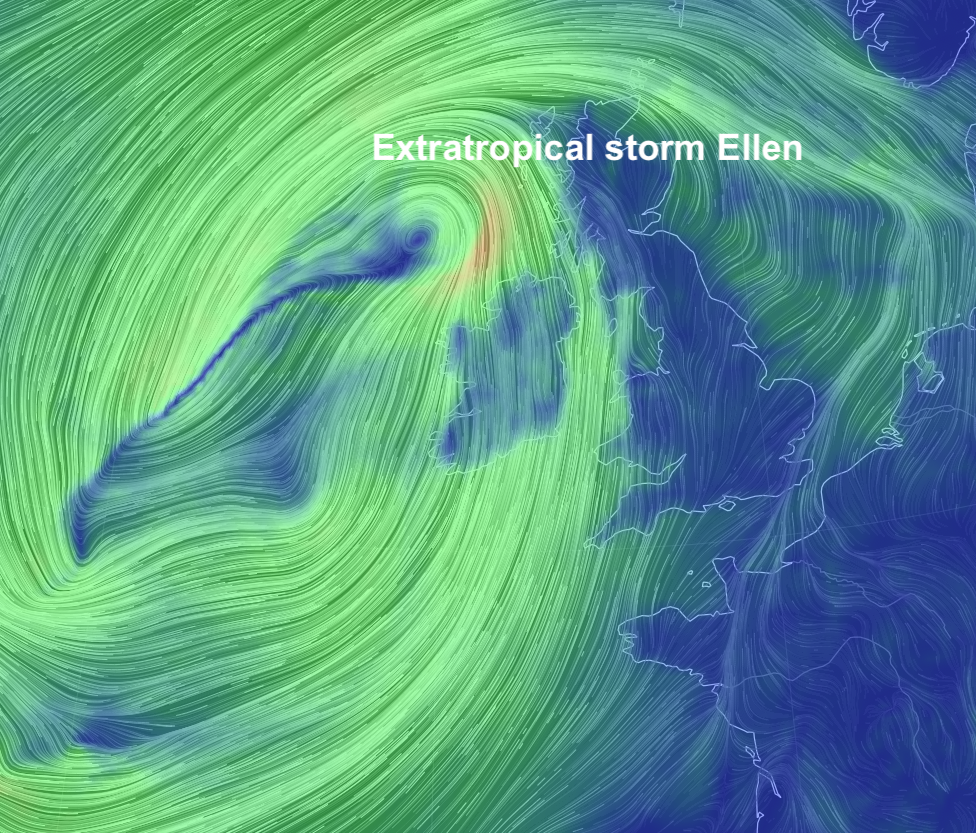 Haarp's microwave dry hot air (high pressure) is right in front of #13. Look at water vapor imagery to see it, it's the dark orange/red patches of dry air in the middle of enormous amounts of moisture.....how can that be naturally? It cant!
That is part of geoengineering. SWFL wont get this storm as forecasted possibility. Watch. I can forecast better then these fake meteorologists, they only follow written weather scripts handed to them.
Meantime due to the fake fear mongering from our local news all the sheeple will run to the grocery store today to empty out what's left of bottled water and canned goods. Those items are already extremely low if there at all. Ugh!! I just hate it when this happens. All I need in general, no storm prep, is a couple bottles of water and some cat food, it wont be there next few days now for sure!

Thanks Gary for all your work!

And thank you Hawkeye for all your input