A wicked generation: Having no natural affection, not open to any agreement, slanderers, without self-control, fierce: How this generation will handle the terrifying consequences of 2020, which are surely coming, is truly frightening. 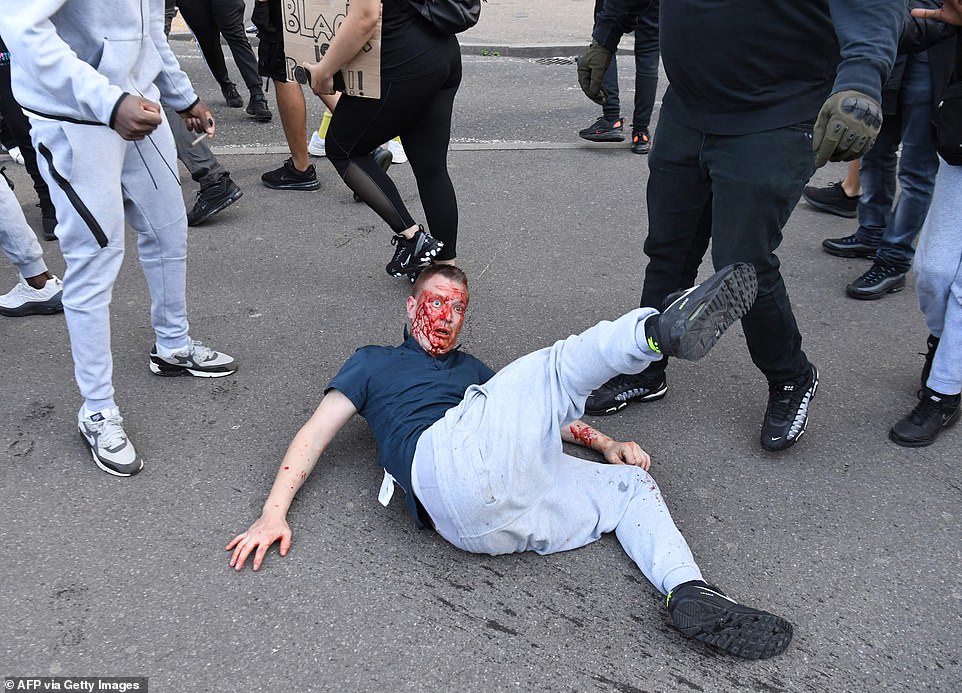 2020 has been an incredibly difficult year. Western society, usually, when our backs have been up against the wall roll up their sleeves and get stuck in and solve overwhelming hardships. The WWI and WWII generations come to mind. Or the people who lived through the great depression. We are, probably, heading to another great depression and sadly, maybe WWIII. How this generation will handle the terrifying consequences of 2020, which are surely coming, is frightening.

The greatest power in the world, the United States of America has become a bickering nest of vipers, far from becoming great again it is crippled with hatred, ugliness, viciousness and nastiness, fuelled by a political quagmire of backbiting, lying, corruption, disloyalty and cheating, the left is as bad, if not worse than the right. The country is riddled with racism, crime, inequality and poverty. A recent poll shows 7 in 10 Americans agree 2020 is the lowest point in the country’s history that they’ve witnessed. Two-thirds say that the government’s response to the coronavirus is a source of daily stress for them. Full Story  In another pole nearly 3 out of 4 DC police officers are ready to leave the force after the Black Lives Matter protests. Full Story. More crucially, Americans are the unhappiest they have been in 50 years, according to Time

Thursday's 150,000 new cases of Covid-19 were the highest so far in a single day and nearly half of them are in the Americas, yet the economy appears to be more important the human lives, as citizens, not only in America but all of the Western world, are being ushered by governments back to work and back to play yet the virus is increasing. Not only are peoples lives in danger but can you imagine what the second wave of Covid-19 do to morality, confidence and the economy?

Our enemies can sense weakness, a soft underbelly, they are beginning to see a shift in world power, China, Russia, Iran and North Korea, the usual suspects, some would say the axes of evil are itching for a fight, they believe the time is right as tensions rise around the globe.

The weekend is upon us once again and the major cities in America and Europe are preparing for the next round of Black Lives Matter, protests, demonstrations and full-blown riots. I ask you to please read a poignant passage from the Bible which so accurately describes our generation today and will maybe, give you an insight how this generation would have handled WWI and WWII or the people who lived through the great depression.

The second of Timothy 3:1-4. But know this, that in the last days critical times hard to deal with will be here. 2 For men will be lovers of themselves, lovers of money, boastful, haughty, blasphemers, disobedient to parents, unthankful, disloyal, 3 having no natural affection, not open to any agreement, slanderers, without self-control, fierce, without the love of goodness, 4 betrayers, headstrong, puffed up with pride, lovers of pleasures rather than lovers of God.

That's a fake picture. AKA photoshopped.

Your wisdom of the world continues to astonish me. Is anything real in that head of yours?

There is a big difference between three out of four DC cops saying they are "ready to leave" and actually leaving. It won't happen. Mark my words. The pay and benefits and retirement plan are too good for three of four to make good on threats. Further, bad cops who are fired just get passed around from department to department. There is very little unemployment, although a good number should be bounced for good.

As Bolton wrote of Trump, (as well as my conservative projecting friends): He sees a conspiracy behind every rock.
The “do-nothing” Democrats magiacally have the power to cause worldwide riots and also spread covid to wreck the economy so they can regain power.
The prince of this world is strong now, and blinding susceptible mortals.
It is the reason they followed Jim Jones, Limbaugh, Fox News and others who use anger at the pulpit. It draws the devil in mortals to them, and utterly blinds mortals to balanced thinking.
Great article!

Thank you for your research, this article, and your website, Gary. America has seen corruption and dire straights before, but this time she will not recover. Not because I say so, but God does. I just hope the thing that takes her down is the Rapture - and that it is soon. Praying desperately for the lost. Horrific is a better descriptive for what is coming, but that doesn't even cover it. God Bless you and yours.

The left is worse than the right?? Congratulations! You've been successfully brainwashed.

BADLY WRITTEN HISTORY - that's one BIG cause... The country is riddled with racism, crime, inequality and poverty.

It's not a skin problem it's a sin problem as pastor mack told JD farag. Things are just going to get worse for this world, but not for the believes in the redemption and forgiveness that Jesus Christ has appropriated for us through his birth, death and resurrection. Look to Him for He is the only answer to this madness. God bless you all and I pray that you find His peace that He freely gives to all that ask.

The book of Timothy scared me when I read it, and I would have never thought how fast of a decline we all are in. Timothy was a big factor in pushing me to turning to Jesus as my savior. The sorrow and sad days are coming & nothing can stop it b/c it's God's will. Do not be fooled by other humans, open your mind, there is a better way to conduct ourselves till the end.

America is watching we are silent no more you will hear us in November God bless America and Trump!

Full free fall collapse. Expect the Apocalypse to be hot. Jesus is coming.

The left is worse than the right? Really? Maybe the answer to the following will help clarify the issue:

Which political party has morphed over the past half-century from a socially moderate, environmentally progressive and fiscally cautious group to a party that rejects science, actively works to delegitimize and destroy government institutions, demands total control over a woman's reproductive health, creates record-setting budget deficits, and is determined to commit ecocide?

I'm not defending EITHER political party but let's get real here. There is no high ground to be claimed by the 'social justice' Democrat party either that has metastasized from the party of the working man into the party of reprobates that have obviously sought to gain power and traction by employing 'useful idiots'.....give the uneducated bread, circuses, and legalized opiates and you can subdue the working class to bankroll your oligarchy. If anyone speaks out against ACTUAL injustice, then slander them, twist their words, and make them unemployable or take their freedom to keep the rest of the herd in line. How is defending feticide any way to put yourself on moral high ground? Isn't the selfishness narcissism of murdering someone because they infringe on your free time, personal plans, and finances the moral equivalent of genocide, but on a personal scale?

The worst enemy the American has ever faced is its own gov't. It is Babylon and has been enforcing its will on the world since the end of WWII. Millions dead around the world due to its economic sanctions and outright illegal invasions. Everything we see going on today in our country is what the US has been perpetrating abroad; a variety of psychological ops to destabilize the structure of society and make it destroy itself from within.