Europe records one of its mildest winters ever: France warmest winter in 100 years: Germany and Austria had their second warmest winter: Wettest February on record for the UK and Ireland. 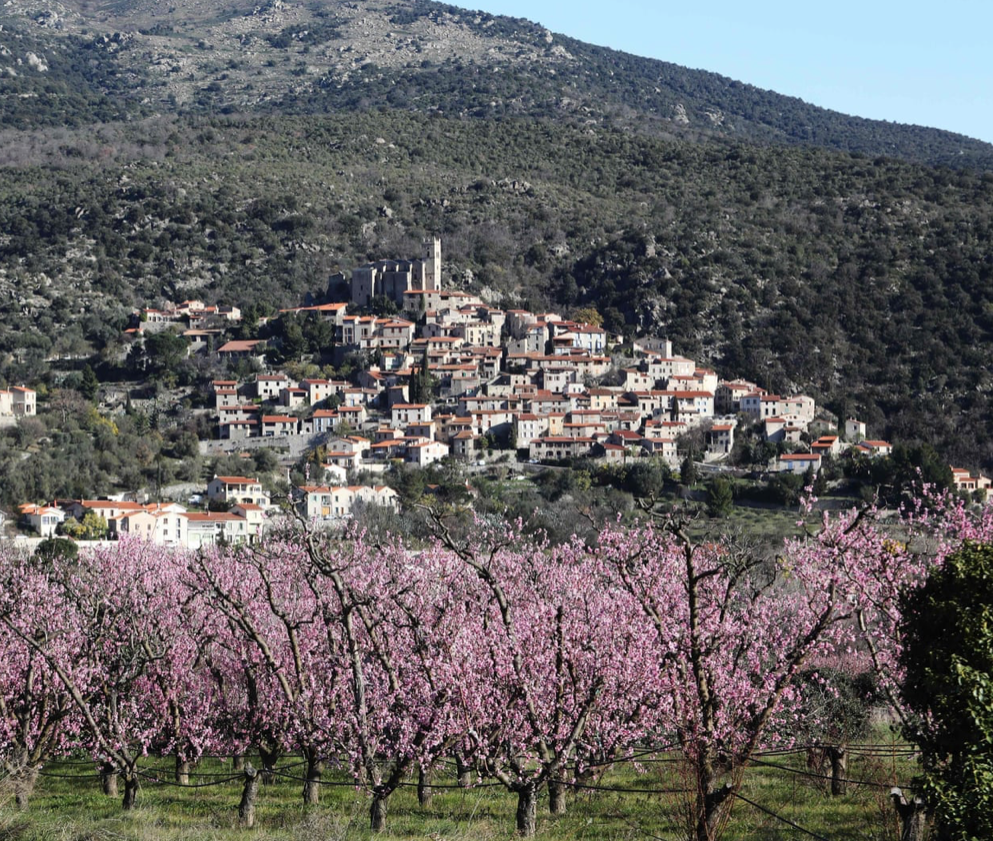 Peach trees flowering about 20 days earlier than usual in Eus, southern France. Photograph: Raymond Roig/AFP via Getty Images
Germany and Austria had their second warmest winter, while in France it was the hottest since 1900

Climatological winter came to an end last weekend and it was an exceptionally mild and wet winter across north-western parts of Europe. According to the World Meteorological Organization, Germany and Austria had their second warmest winters on record, 3.2C and 2.7C above the 1981-2010 average respectively. In Germany’s case, only 2006-07 had a milder winter. Here in Holland trees have been in bloom since the middle of February, 6 to 8 weeks early. We have seen no frost or snow here in Amsterdam and although it has been very mild it has also been one of the wettest winters on record.
France also had one of its three mildest winters on record and its warmest since 1900.

Wettest February on record for the UK and Ireland.
February 2020 has been the wettest February on record for UK, England, Wales and Northern Ireland, and the second wettest (behind February 1990) for Scotland. It has also been the fifth wettest of any calendar month in a series from 1862 behind only October 1903 (227mm), December 2015 (217mm), November 2009 (215mm), and December 1929 (213mm).
Three named storms crossed the UK during February, Ciara, Dennis and Jorge. The heavy rainfall throughout the month resulted in some severe impacts with many areas flooded, including parts of Yorkshire, Wales and the Midlands. John Curtin, Executive Director for Flood Risk Management at the Environment Agency said: “Record February rainfall and river levels have tested the nation’s flood defences; however we have been able to protect over 80,000 homes thanks to the action we have taken. February has been a notably mild, but not record-breaking, month for temperature. TBW

One Maine Theme In February: (Apart from the coronavirus and locusts plagues) Floods. Flooding around the world broke record after record during the 2nd month of 2020. TBW

Further afield, the US had an extreme east-west split in rainfall amounts during February. The south-east had a very wet month with many locations getting more than 25cm (10 inches), with a few places such as Greensboro in North Carolina and Starkville in Mississippi beating their all-time records. The rain has lead to floods in places with the River Pearl reaching a level not seen since 1983. On the other hand, California had hardly any rainfall over the whole month. Many places in the north of the state recorded no rainfall whatsoever, including San Francisco. It is the first time that neither San Francisco airport nor Sacramento, the state capital, have recorded no rain since records began in 1857. February is in the middle of California’s wet season, making it all the more remarkable. Guardian