One of the most powerful storms on record is still a fierce threat to life as rivers rise: Storm Dennis was the 2nd once-in-a-lifetime storm in a week with another storm forming and expected to hit the UK at the weekend 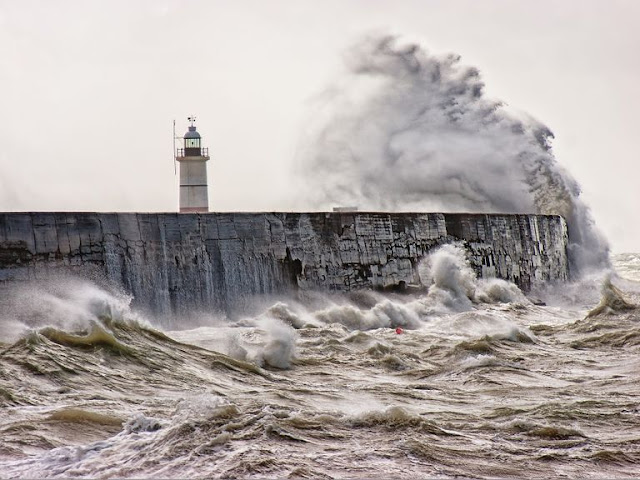 The second most intense Atlantic storm ever battered Ireland and the UK this weekend bringing massive flooding and hurricane-force winds. Many communities had to be evacuated while others were totally cut off by rising waters.

The winds were incredible, gusting at more than 100 mph, (160 kmh). This was the second once in a lifetime storm is just one week and another powerful storm is forming in the Atlantic and is expected to hit the UK once again at the weekend.

xx
Storm Dennis is sweeping across the UK this weekend, bringing with it winds of up to 70mph, heaving rain and flooding. In some areas, more than a month's rain is expected to fall in just two days. The weather chaos comes in the wake of Storm Ciara, which last weekend flooded 800 homes and left half a million people without electricity

A man has died after falling into the River Tawe in South Wales as three major incidents have been declared. A multi-agency response has been triggered as rescuers battle to get to victims by helicopter and boat. Major incidents have also been declared in Hereford and Worcester. Storm Dennis has also meant the Environment Agency declared the highest number of flood warnings and alerts on a single day in England.

One once in a lifetime storm after another hitting UK before and after Brexit offical. UK is being attacked with weather warfare in punishment from the Globalist over Brexit.
Christopher