Here comes the next North Atlantic extra-tropical cyclone: Storm Ciara and Dennis will be followed by another intense North Atlantic storm which will batter Ireland and the UK this weekend 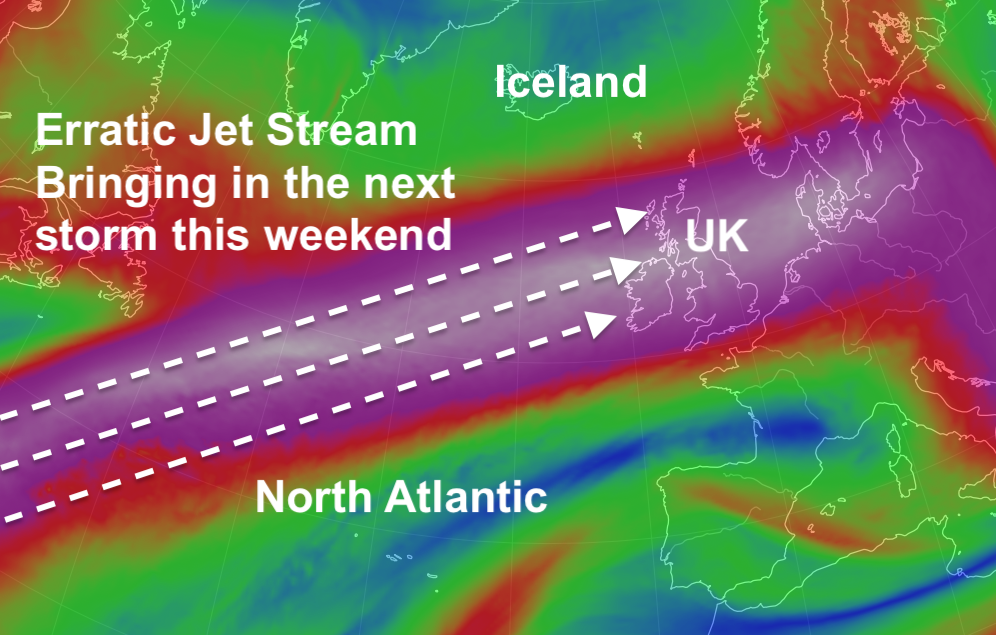 The third North Atlantic extratropical cyclone in as many weeks is expected to hit Ireland and the UK on Saturday with more hurricane-force winds and more flooding.

The new North Atlantic extratropical cyclone is rapidly organizing tonight, as confirmed by both surface analysis and satellite imagery. As more or less expected, the intensification rate has become quite significant this afternoon and the cyclone is now deepening of around 10-12 mbar per 6 hours. The system is emerging in the bombogenesis phase. All models suggest it will continue with rapid intensification until tomorrow evening when it approaches Iceland. Hurricane-force winds are expected across the southern parts of the island, and also south of the cyclone’s centre. Severe Weather Europe

Flooded communities in England and Wales are expecting more heavy rain, adding to fears flood defences might not withstand rising river levels. About 1,400 homes and businesses have been affected by the floods in the wake of downpours brought by Storm Dennis. The Rivers Wye and Severn reached their highest-ever levels, with people evacuated from nearby at-risk areas. The Met Office has issued yellow weather warnings for rain for Wales and Yorkshire, beginning on Wednesday. Across the UK, around 140 flood warnings remain in place, including six severe - or "danger to life" - warnings. BBC
xx

The UK is being punished for Brexit with unprecedented weather warfare. Shame on the Globalists!
Christopher

It must be a crap weapon then Christopher, Iceland, Scandinavia and Western Europe are also impacted by these storms