There she blows (again): The Mexican monster Popocatépetl Volcano, whose name is the Aztec word for smoking mountain erupts again for the second time this month! 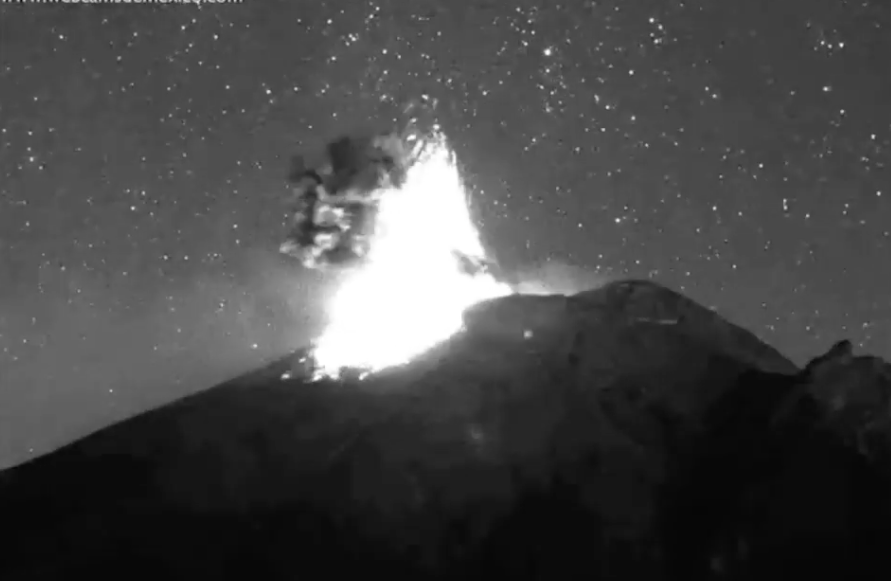 YouTube
One of Mexico's most active volcanoes erupted in a dramatic nighttime show. The mountain is officially called Popocatepetl, but commonly referred to as "El Popo." On Monday night it shot huge clouds of smoke and ash into the sky. Witnesses say the columns rose some 2,000 feet above the crater. Mexican Civil Defense issued a volcanic alert, warning people to stay away from the volcano and its foothills. So far there have been no reports of damage or injury associated with the eruption. KYMA.com

It's not the first time the Mexican monster has erupted this month, on Thursday the 9th of January 2020 the Popocatépetl Volcano, whose name is the Aztec word for smoking mountain and towers to 5426 m 70 km SE of Mexico City to form North America's 2nd-highest volcano spewed a volcanic ash plume that rose up to an estimated 3,000m (9,800ft) into the Mexico sky.

I watched some of the previous footage. The mountain would send out a bang and smoke. The camera recording it was so far away that were was this delay. The percussion would set off car alarms, and the dogs would all bark and the church bells would ring.