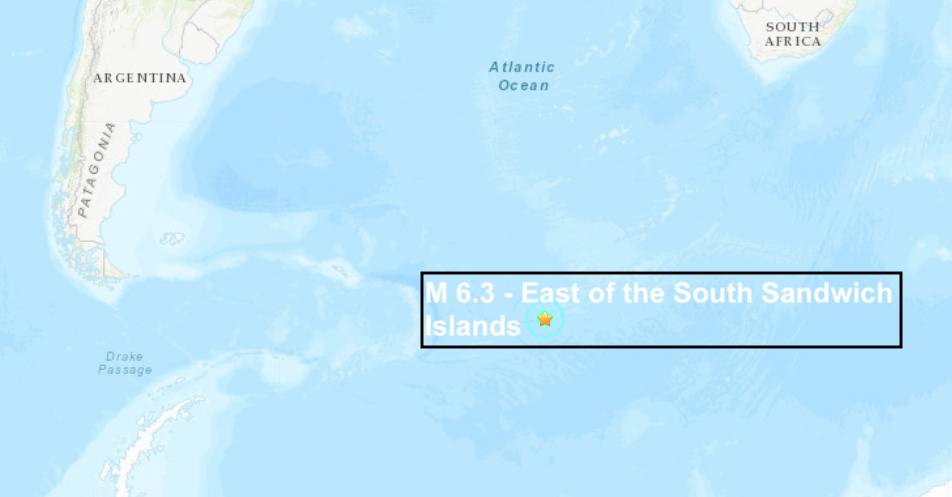 A magnitude 6.3, East of the South Sandwich Islands is the 4th major quake in the just 4 days just 6 days into November. Last night's major quake took Novembers total of major quakes to 4 and brings the total to 119 major quakes so far in 2019.
Last month, October 2019 was a very quiet month for major quakes with just 6 recorded for the whole month.

Magnitude 5.4 quake strikes southern Iran region close to the same location as the Uranium mine complex of Bandar Abbas

A magnitude 5.4 earthquake on Wednesday struck Iran’s southern province of Hormozgan, state television reported. There were no immediate reports of casualties or damage, however, the quake struck close to the same location as the Uranium mine complex of Bandar Abbas. Many houses in rural parts of the province are made of mud bricks and have been known to crumble easily under the impact of earthquakes, see map below. 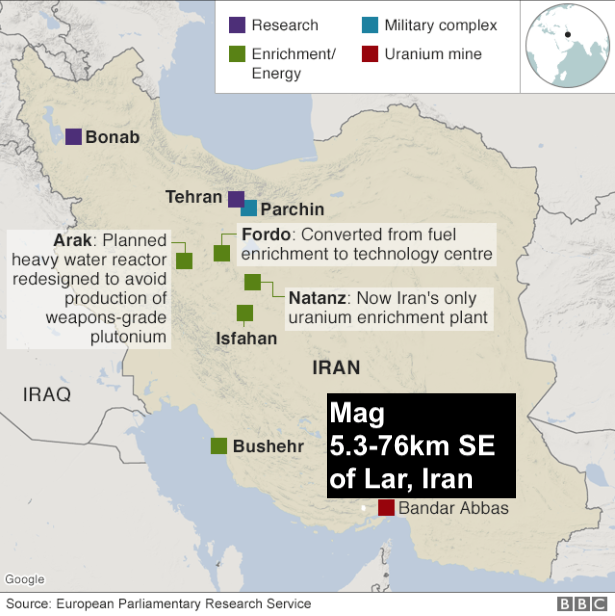