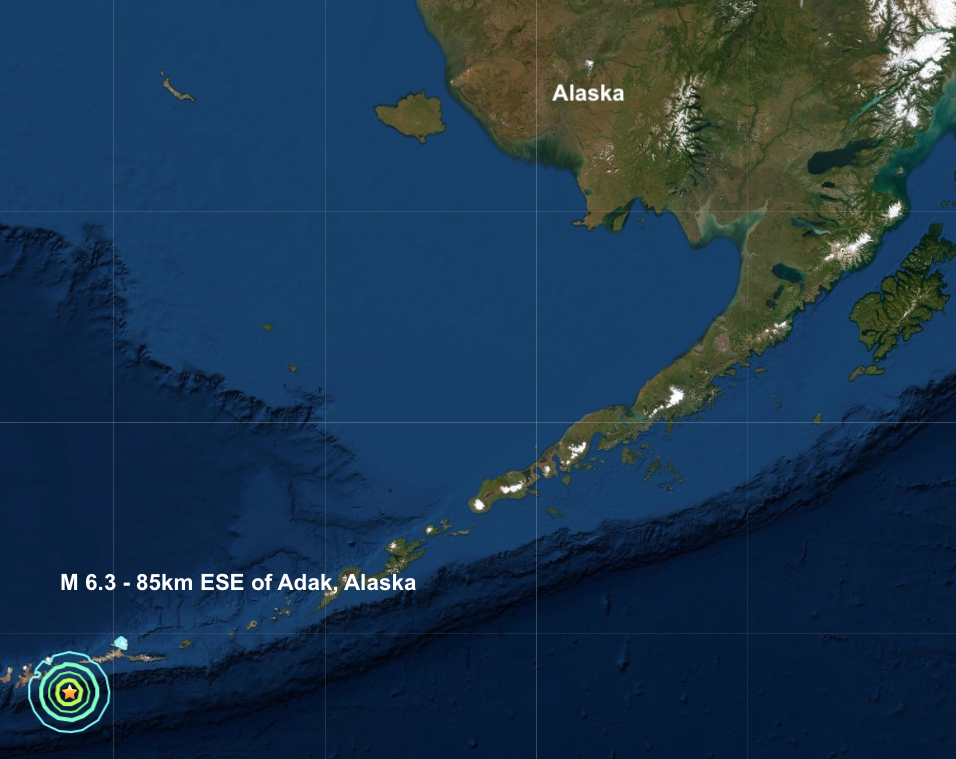 A powerful, shallow magnitude 6.3 struck last night, 85km ESE of Adak, Alaska, no tsunami warning has been issued. It is the second major quake to strike the Pacific Ring Of Fire in the last 24 hours and the 2nd major quake to strike this region in the last 4 days after a magnitude 6.3 rocked Ozernovskiy, Russia which is roughly 800 miles west of Adak, Alaska.