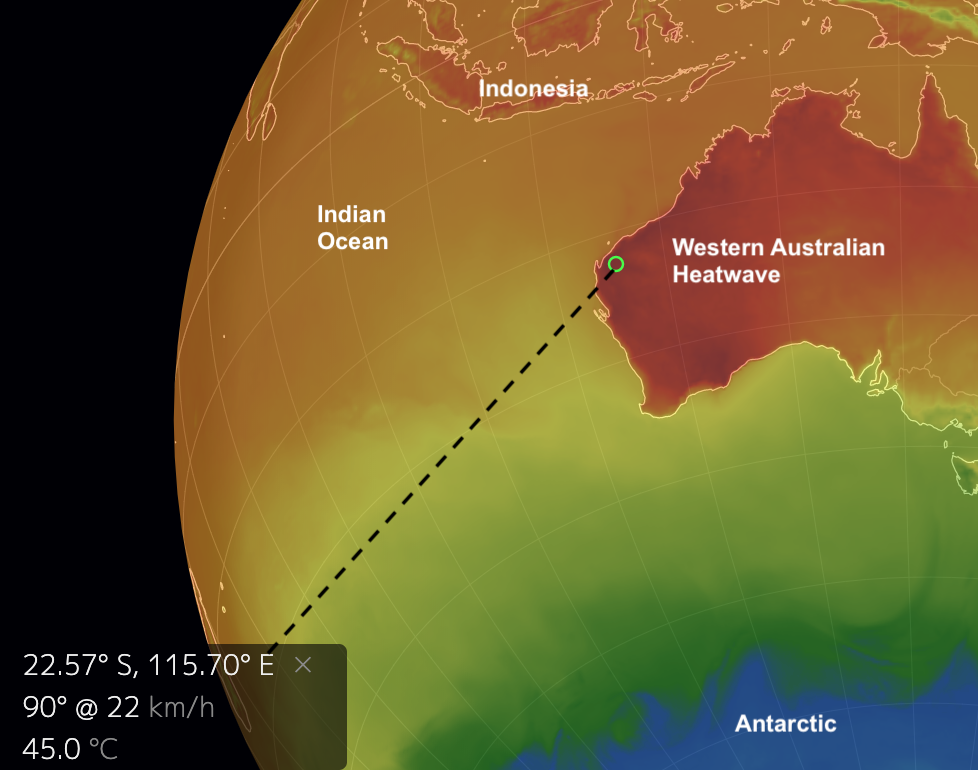 A weekend of intense heat in Western Australia has seen 36 locations, including Perth, record their warmest November day on record and now the hot air mass is on its way to the eastern states. Perth was among a group of cities and towns to post record temperatures for November as it sweltered through 40.4 degrees Celsius on Saturday. Meanwhile, the Mid West town of Morawa hit 45C and further inland, Dalwallinu topped out at 43.5C, claims the ABC News

More misery for Alaskan fisheries. Prince William Sound Science Center field season marked by low flow and high pre-spawn mortality. This year, virtually no rain led to extremely low flows and field crews observed unprecedented pre-spawning die-offs and unusually late migration into the streams. According to  Prince William Sound Science Center, the fish finally started, what was for many, an ill-fated journey into the streams after some rain in early September. The rain stopped and the rivers dried up again. Soon thousands of fish were restricted to tide pools without enough water to return to the bays. They all suffocated. “During the first 10 days of September, our dead fish count in one of our streams rose from virtually none to nearly 30,000 dead pink salmon, all dying prior to spawning”. “Our field crews estimated 10,000 died over a single night. We have never documented anything like that in the past.” Reports the Cordoba Times

Record warm and record snow in the same day for Anchorage. On Saturday, Anchorage saw a record high daily temperature of 45° Fahrenheit and a record high snowfall amount of 8.4 inches. The normal high temperature for Nov. 16 is 27°F degrees so Saturday’s high of 45°F was 18 degrees above normal. Once again, the observed overnight low temperature (31°F) was above the normal high for the day. Overnight lows have been equal to or warmer than normal highs for each day this month. KTUU

The U.S. stock market is at a record high at the moment but farm bankruptcies at highest since 2011. While the U.S. stock market is soaring to new record highs, farmers are having trouble paying their bills in the heart of America’s agricultural sector. Farms incomes are falling in Colorado, Kansas, Nebraska, Oklahoma, Wyoming, and portions of western Missouri and northern New Mexico writes the Market Watch

A massive coastal storm to batter East Coast into Monday: A coastal storm will move northward off the East Coast through Monday. Coastal flooding is expected at times into Monday from northeastern Florida to southeastern New England. Gusty winds, high surf and beach erosion will also impact the East Coast. Wintry weather will develop in parts of the interior Northeast Monday, according to The Weather Channel

Tourists were kept out of St. Mark’s Square again Sunday as floodwaters surged to nearly 5 feet in the ancient city of Venice. It was the third time in a week that water rose to 59 inches or more, The Associated Press reported. Still, it was about 3 inches less than had been forecast. Venice Mayor Luigi Brugnaro has estimated damage from the flooding could reach $1.1 billion. Churches, shops, museums and homes have been inundated in the city, a UNESCO world heritage site.

Huge swathes of Britain are STILL underwater with 147 areas at risk of more flooding as ‘wettest ever autumn’ continues. The Environment Agency has issued 56 flood warnings, meaning more flooding is expected. Rivers  Severn and Avon burst their banks leaving properties waterlogged in Gloucestershire and Worcestershire reports The Daily Mail

Around a quarter of the world’s pigs are expected to die from African swine fever this winter as authorities grapple with a complex disease spreading rapidly in the globalization era, A sharp reduction in the world’s pig population would lead to possible food shortages and high pork prices. The disease’s spread in the past year to countries including China, which has half the world’s pigs, had inflamed a worldwide crisis, Schipp told reporters at a briefing in Sydney. “I don’t think the species will be lost, but it’s the biggest threat to the commercial raising of pigs we’ve ever seen,” he said. “And it’s the biggest threat to any commercial livestock of our generation.” The price of pork has nearly doubled from a year ago in China, which produces and consumes two-thirds of the world’s pork. And China’s efforts to buy pork abroad, as well as smaller outbreaks in other countries, are pushing up global prices reports AP