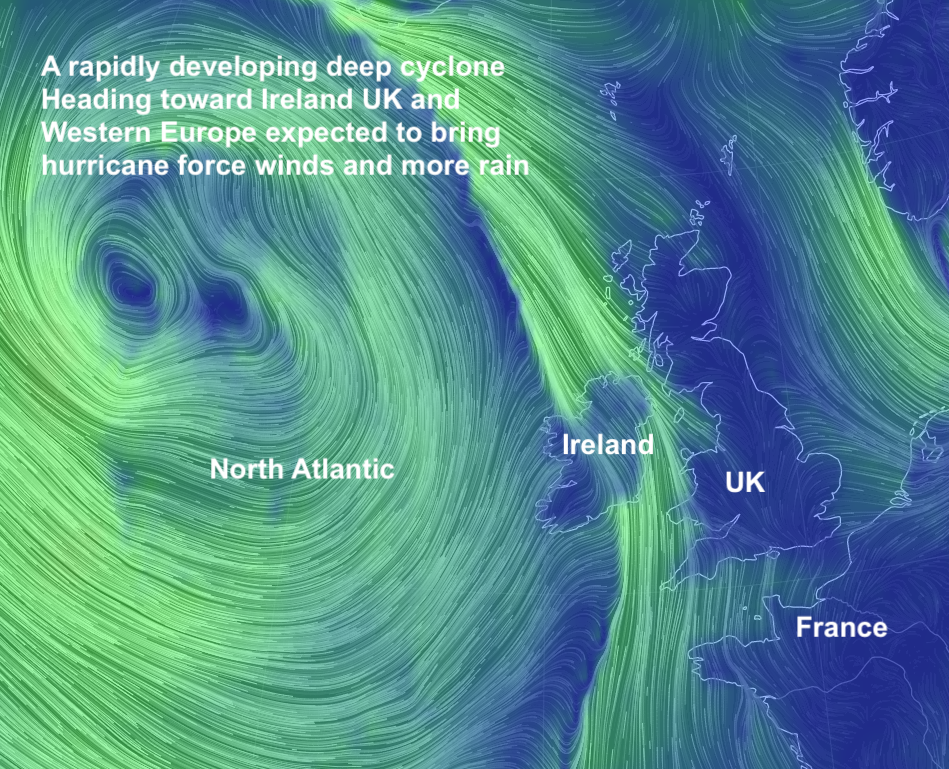 A rapidly developing deep cyclone took place over the Labrador Sea and south of Greenland. Hurricane-force winds have introduced a violent windstorm, resulting in significant wave height in excess of 18 meters as it has been analyzed by NOAA OPC forecasters, Severe Weather Europe

Sydney blanketed by smoke from NSW bushfires 5 million people in Sydney woke up to a city shrouded in smoke on Tuesday, as scores of bushfires are still raging across the region and are expected to worsen. Strong winds overnight brought smoke from fires inland, pushing the air quality in Australia's largest city to beyond "hazardous" levels at times. 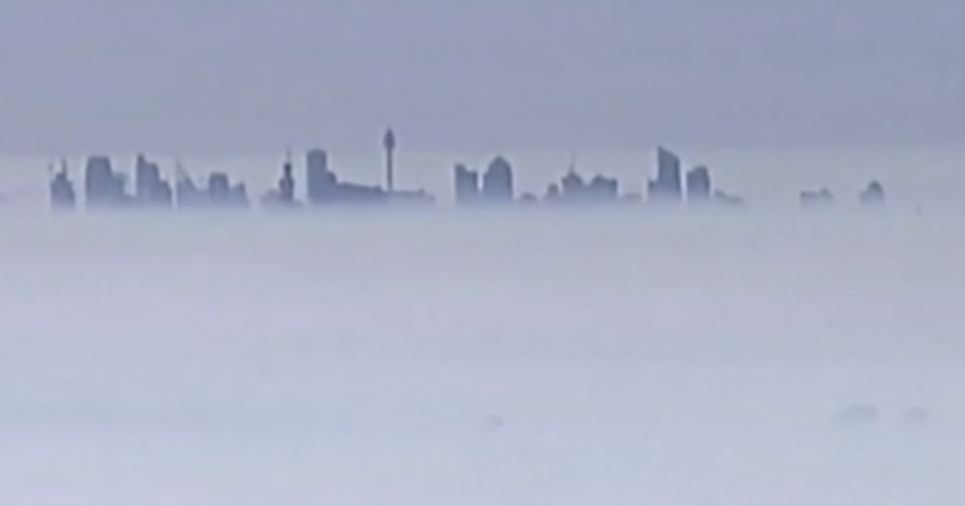 Raging bush fire conditions to worsen in Australia. Rising temperatures, lightning strikes and erratic winds and a heatwave are set to fan wildfires in Australia in the week ahead, officials said yesterday, with emergency crews already working day and night to contain more than 130 blazes. The Straits Times

A Kiwi firefighter just back from fighting the raging wildfires in New South Wales says he's never seen anything like it. Aucklander Scott Marchant had been sent to tackle bushfires in Canada and the US before, but the deputy principal rural fire officer said the sheer size of the Australian fires and the devastation they had caused was on a different scale reports Stuff

California is the latest U.S. area to jump from record heat to snowfall. The first storm of the season is set to roll into Southern California this week, bringing rain and the potential for snow at higher elevations.“It’s kind of funny to have the weather change so quickly,” Rorke said, noting that temperatures Monday were still in the low 90s, keeping the fire danger elevated. On Sunday, several areas hit record temperatures, with Los Angeles International Airport reaching 93 degrees F (34 deg C) and Santa Barbara recording 85 degrees, according to the weather service. The LA Times

Canada's farmers are being pushed to the brink by politics, weather and banks Robb Zeleny checks the wheat and canola fields on his Alberta farm after rain delayed the harvest. Poor conditions coupled with dismal harvests are taking a severe toll on workers’ mental health, reports The Guardian

After almost three months of flooding from torrential rain, the Met Office has issued cold weather warning for the UK as temp plunges to -9 deg C, (16 deg F) temperatures hit the UK overnight and have forced the Met Office to issue a cold weather alert for large parts of the country. Express

Food prices set to rise in the UK as floods ruin crops Soaring prices likely as potatoes rot in sodden fields and farmers struggle to sow wheat. The price of potatoes is expected to rise in the new year as the flooding in northern England has hit the supply of winter vegetables such as potatoes, cauliflowers and cabbages. Lincolnshire is behind 60% of the domestic brassica crop, which runs to cauliflowers and cabbages at this time of year. The British Growers Association (BGA) said the sodden ground was making it difficult to get the product out of the fields, with cauliflowers hardest hit – repeating a situation seen over the summer. The Guardian

It's not just Venice breaking all the records, extreme and torrential rain is lashing all of Italy. As the waters in Venice began to recede, elsewhere in Italy the chaos continued as the River Arno surged to alarming levels in Tuscany and heavy snow left thousands without power in South Tyrol. Three Italian regions issued maximum red alerts on Monday for storms, floods and landslides: Tuscany, Emilia-Romagna and Friuli Venezia-Giulia. The Local

Meanwhile, severe weather of rain and snowfall has paralysed three Austrian states, with one man reported dead in a mudslide on Monday. Parts of the Austrian states of Carinthia, East Tyrol and Salzburg have been in a state of emergency since Friday night due to severe snow and rainfall. A 79-year-old man was dead after a mudslide hit him in the Carinthian ski resort of Bad Kleinkirchheim, while he was outside to check his water well, according to the Austrian Press Agency (APA).

Meanwhile, the Military Emergencies Units were called out as heavy snowfall isolated villages in northern Spain. So serious were the conditions that 110 members of the Military Emergencies Unit were dispatched to Villablino and other towns and villages in the Laciana valley in the north-west of the province of León to help clear roads and streets, making use of snowploughs and various other items of heavy-duty machinery. Sott

Record November snowfall recorded in Switzerland. Heavy snow over the weekend was recorded in the southern and eastern parts of the country. The record for November has been broken and ski stations at Saas-Fee and Saas Grund are cut off. SwissInfo

Harare - Barely a few weeks after the Zimbabwe Parks and Wildlife Management Authority (Zimparks) issued a report stating that 55 elephants had died due to drought at Hwange National Park, the country’s largest wildlife sanctuary, another report has emerged indicating that the drought continues to claim more elephants in Zimbabwe. The drought is not only affecting Zimbabwe, but countries like Botswana, Namibia and Zambia also went through a heatwave a few weeks ago as temperatures soared to above 40 degrees Celcius, resulting in deaths of wildlife. The Southern Times