A climate catastrophe that can not be stopped by human means! Russian fires now bigger than Denmark: 13 million hectares gone 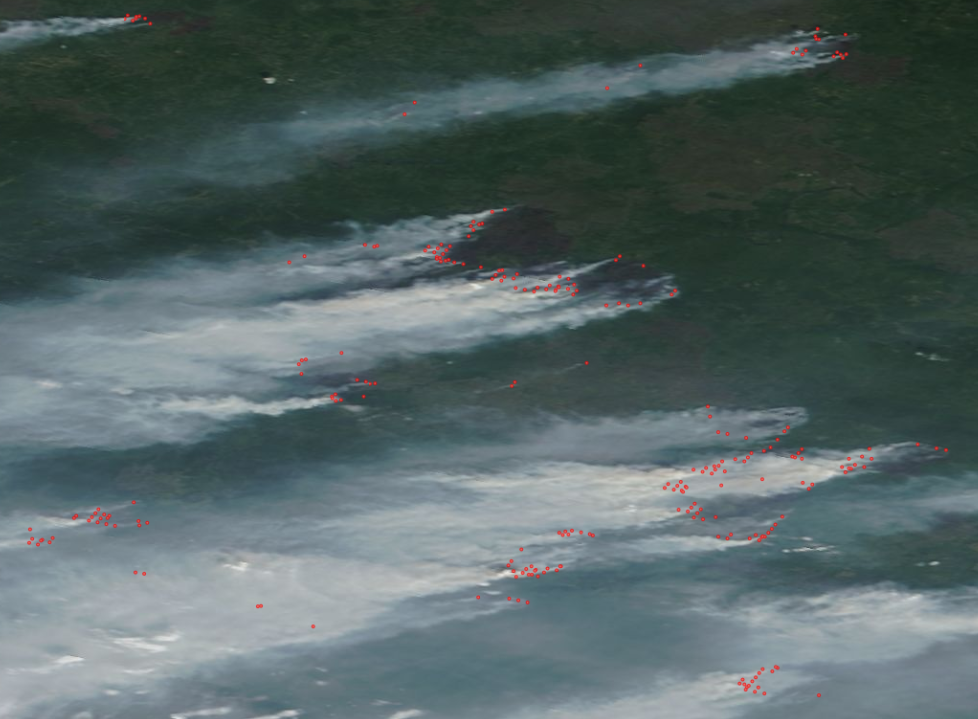 A Greenpeace Russia team is documenting wildfires in the taiga forest, in the Krasnoyarsk region of Siberia.
Despite statements by Russian authorities, the intensity of forest fires in Siberia is, rather dramatically increasing.
The 4.3 million hectare fire - an area now larger than Denmark - is contributing significantly to climate change.
Since the beginning of the year, a total of 13.1 million hectares has burned.
Fires have been raging every year, but this summer's blazes have reached unprecedented size and strength.
The Siberian fires are emitting more than 166 Mt CO2 - nearly as much as 36 million cars emit per year.
Fires in Siberian forests are especially dangerous for the climate as they are the source of black carbon that settles on the Arctic ice and accelerates its melting.
"These fires should have been put out at the very beginning but were ignored due to weak policies. Now it has grown into a climate catastrophe that can not be stopped by human means," said Greenpeace Russia wildland fire expert and volunteer firefighter Anton Beneslavskiy.
"Russia should increase efforts in forest protection and provide sufficient funding for firefighting and fire prevention.
The problem of wildfires should be addressed at the international level in the global climate agreements to keep global warming below 1.5°C."
Greenpeace Russia experts warn that the situation will most likely remain catastrophic in the coming two weeks due to weather conditions.
While smoke has blown away from the major Siberian cities, it still envelops settlements in remote forest areas, according to Greenpeace Russia reports from the Krasnoyarsk region.
More than 90% of forest fires in Russia are burning in the so-called control zones, remote areas where authorities are not obliged to fight fires.
Greenpeace Russia demands a review of the control zones to prevent fire disaster from happening next year.
Many of the fires in control zones this year could have been extinguished at an early stage, which would significantly reduce the area covered by the fire, the smoke of settlements and CO2 emissions into the atmosphere.