"This is an earthquake sequence -- it will be ongoing!" A Mag 7.1 quake rocks Southern California after Thursday's Mag 6.4 produced more than 1,400 aftershocks 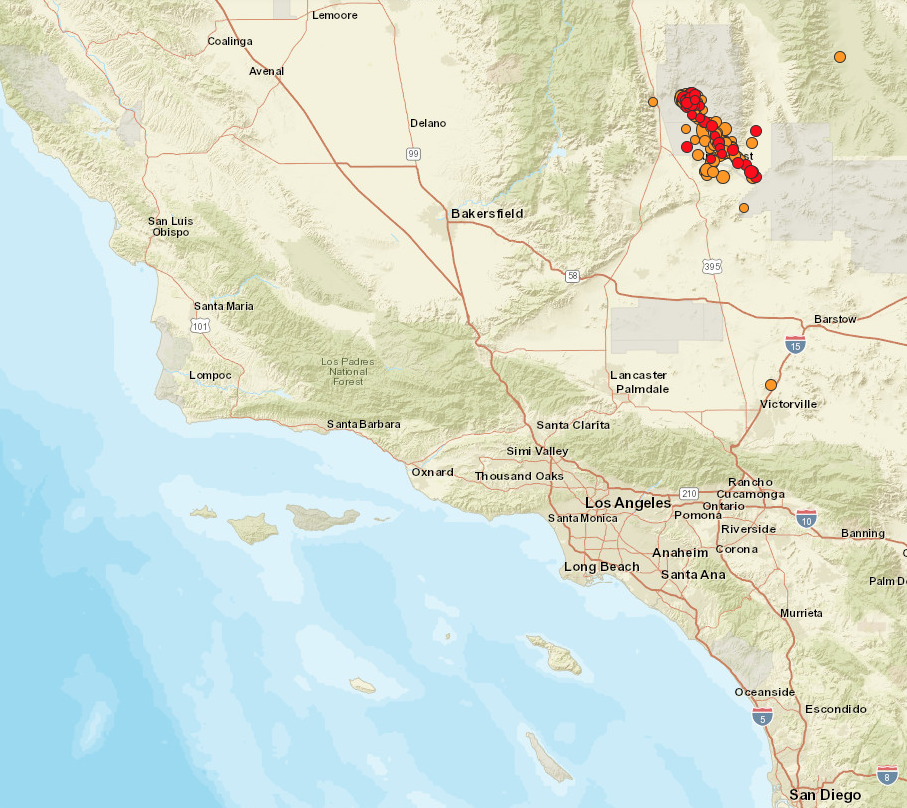 Map USGS showing hundreds of aftershocks in the vulnerable area

The mag 6.4 earthquake has produced more than 1,400 aftershocks, scientists said. Full story
The mag 7.1 earthquake is just one day after a 6.4 earthquake struck the area, and Friday's quake was along the same fault lines.
Friday's quake struck at 8:19 p.m. PT.
The quake shook downtown Los Angeles, and the Los Angeles Fire Department reported "localized" power outages in the city as well as downed wires.
There is no major damage to infrastructure, the LAFD said.
The quake was felt as far away as Las Vegas and Mexico, the USGS said.
More than 1,000 aftershocks have been recorded since Thursday's earthquake.
Thursday's quake is now known as a "foreshock" when an aftershock is larger than the original quake.
Lucy Jones of California Institute of Technology's seismology lab said in a press conference Friday that a magnitude 6 aftershock would be "not surprising."
"This is an earthquake sequence -- it will be ongoing," Jones said.
A tsunami warning is not expected.
This is the strongest earthquake recorded in the area in over 20 years.

This morning's powerful quake is the 4th major quake to strike in July and with the large uptick in volcanic activity around the Pacific Ring Of Fire in the last couple of weeks is a major worry for scientists.
2019 looks set to be a bumper year for major quakes with this year's total of 81 now almost double the amount of 2018 up to the same time period.