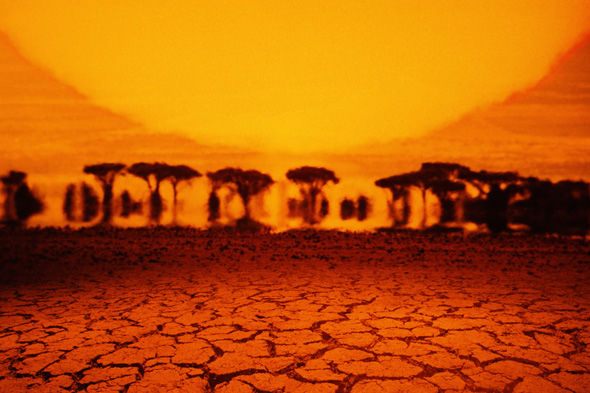 June 2019 was the hottest June in 140 years, setting a global record, according to the latest monthly global climate report released on Thursday by the U.S. National Oceanic and Atmospheric Administration, below are a few highlights covered on The Big Wobble.

On June 27th, Kuwait recorded the hottest temperature in the world this year, with the mercury hitting 52.2 degrees Celsius (126 deg F) in the shadow, in the region of Matraba in North Kuwait.

On the same day, France recorded its highest temperature ever as a continuing heatwave pushed the mercury toward 45 deg C, (113 deg F)
The new record was measured in the southern town of Carpentras.
Meteo France forecaster Etienne Kapikian says the Carpentras record of 44.3C was a "provisional maximum temperature" that did rise over 45C".

On the 28th of June, the mercury reached a high as 35.8 C (96 deg F) in the UK breaking the previous record sparking the biggest beach and barbecue rush of the year. The UK was hotter than the Caribbean and Hawaii.

On the 19th of June, The Big Wobble reported: More than two gigatonnes (two billion tonnes) of ice melted in Greenland in just one day as temperatures climb way above normal, full story

Also on the 17th of June, another report on The Big Wobble claimed: Temperatures touching 51 deg C (124 deg F) and a historic drought was causing millions of people to abandon their homes in search of water and causing mass suicides in India, full story

Below is the report from NOAA.


June 2019 was hottest on record for the globe
Antarctic sea ice coverage shrank to a new record low
Mother Earth worked up a major sweat last month. Scorching temperatures made June 2019 the hottest June on record for the globe. And for the second month in a row, warmth brought Antarctic sea-ice coverage to a new low for June.
Here’s a closer look into NOAA’s latest monthly global climate report.

Climate by the numbers
June 2019
The average global temperature in June was 1.71 degrees F above the 20th-century average of 59.9 degrees, making it the hottest June in the 140-year record, according to scientists to NOAA’s National Centers for Environmental Information.
Nine of the 10 hottest Junes have occurred since 2010. Last month also was the 43rd consecutive June and 414th consecutive month with above-average global temperatures.
Year to date I January through June
The period from January through June produced a global temperature 1.71 degrees F above the 20th-century average of 56.3 degrees, tying with 2017, as the second-hottest year to date on record.
It was the hottest first half of the year for South America, parts of the southern portion of Africa, Madagascar, New Zealand, Alaska, western Canada, Mexico, eastern Asia, the Atlantic and Indian oceans, and the Bering Sea.
More notable stats and facts
Sea ice keeps melting: Average Antarctic sea-ice coverage was 8.5% below the 1981-2010 average – the smallest on record for June. Average Arctic sea ice coverage was 10.5% below average – the second-smallest on record for June.
A slightly cooler year, so far, for some: The contiguous U.S. and southern Canada had year-to-date temperatures at least 1.8 degrees F cooler than average.