Mini Ice Age or warming! Who do we believe? The US and Europe suffered a wet miserable cold May while the planet was the 4th hottest May on record

A waterlogged farm in Texas
The summer season in the Northern Hemisphere officially arrived on Friday,  just as NOAA reported last month was the 4th hottest on record for the globe and the 43rd consecutive May as well as 413 consecutive months with above-average temperatures but there were some regions in the United States who spent the first day of summer trapped in a winter wonderland in Colorado and Montana.
In fact, 2019 is the worse planting season since records began for farmers in the US  because of cold and wet weather.
An incredible 500 tornadoes reported during May across the US was more than double the average and the most active 30 day period since 2011.
It wasn't much better in Europe neither with May producing mostly miserable wet and cold days, it was the coolest May since 2004.
2019 is an unprecedented disaster for the farming industry in the US.
We cannot simply print food and recover this situation.
What has happened will take at least two years to rectify, if the weather stays near to normal in the coming months, however, many many farmers will have become bankrupt by then.
Healthy corn won't be part of the rural landscape of the US this year, instead, it will be replaced with barren fields and weeds.
The cold and wet is set to carry on as severe thunderstorms and flooding rain will continue to target the Plains and Midwest through this weekend as a ridge of high pressure takes shape across the South.
However, record-breaking heat is forecast for Europe next week after their miserable May 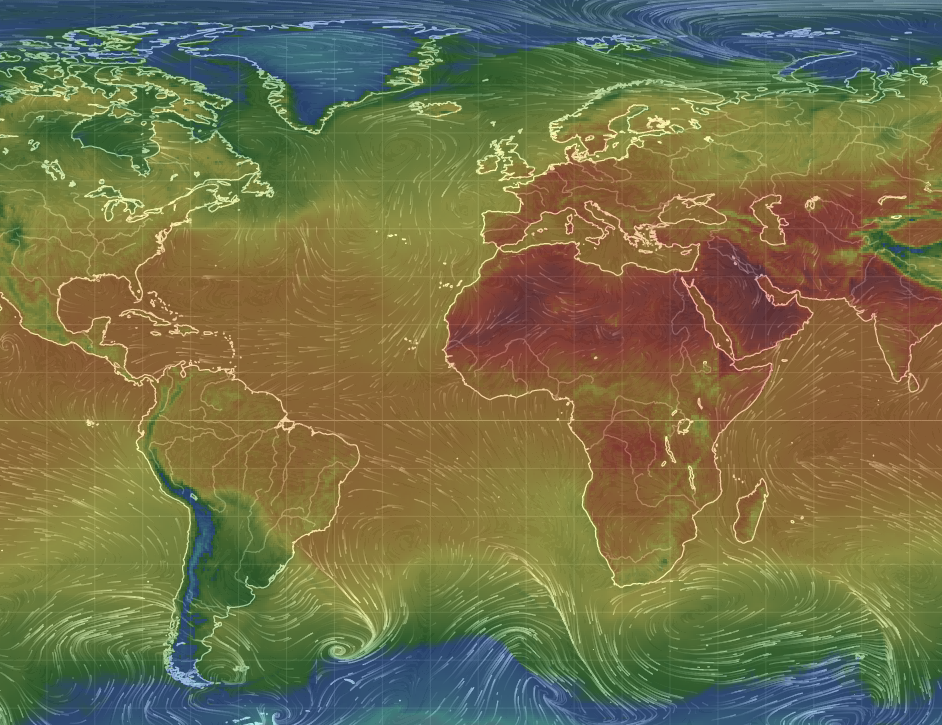 Europe is heading for a record-breaking heatwave next week. Eathwindmap temperatures

Meteorologist Heather Tesch says some areas in Europe could see all-time high temperatures for June next week.
So, if the US and Europe had a miserable cold May how come NOAA claimed it was the fourth hottest on record?
Well, Japan broke its hottest record for May when the mercury hit 40 deg C (104 deg F).
Israel endured a record-breaking heatwave during May.
Africa had its 2nd warmest May on record.
South America had it's third warmest May ever, as did New Zealand.
But the most significant worry from NOAA's report was the Antarctic sea ice fell 13% below the 1981-2010 average, the smallest May sea extent on record.
The Arctic sea ice extent was 8.5% below the 1981-2010 average the 2nd smallest May sea extent since records began.
So just what is going on?
Is it warming or is it cooling?
I guess if you live in parts of the US you could be forgiven for thinking we are heading toward a mini ice age.
On the 27th of June 2017, NASA announced a new Solar Minimum is coming, every 11 years sunspots fade away, this event is called a Solar Minimum and this is happening now with 2019, 2020, expected to be the quietest period.
Some experts believe sunspot activity is as low as the mid-1600s when low sunspot activity is thought to have caused a mini ice age.
From the mid-1600s to early 1700s, a period of very low sunspot activity (known as the Maunder Minimum) coincided with a number of long winters and severe cold temperatures in Western Europe, called the Little Ice Age.
Crops failed and thousands died of starvation.
If NASA is flirting with a mini ice age, then NOAA is pushing their warming agenda with their monthly reports generally pushing global warming.
The Chill of Solar Minimum DR.TONY PHILLIPS talks to NASA
What do you think?
Leave a comment!